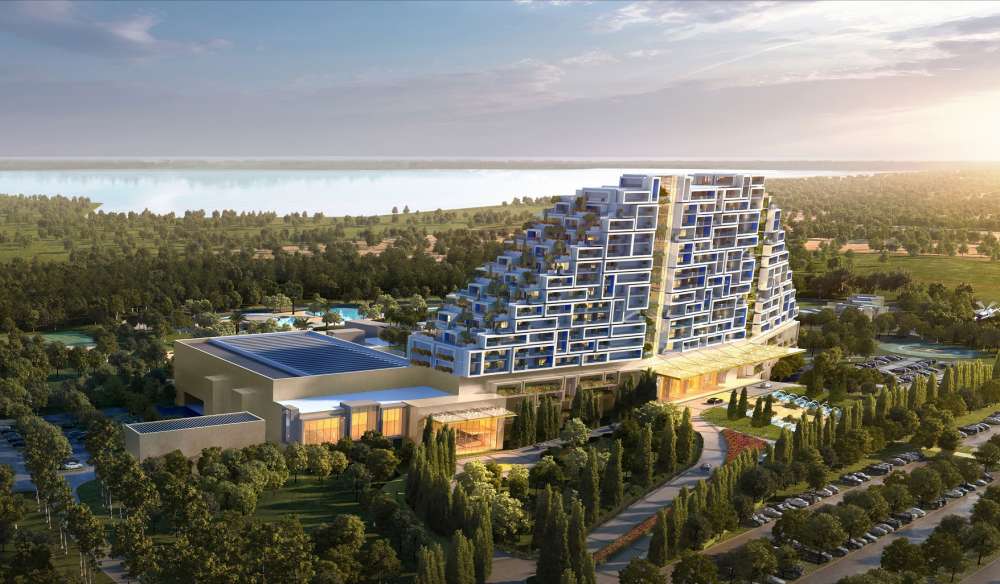 Following a competitive tender and having obtained all required approvals from the Government of Cyprus, Integrated Casino Resort Cyprus Ltd. (ICR Cyprus) said on Tuesday it has awarded the construction of its City of Dreams Mediterranean Integrated Casino Resort to Avax – Terna J.V. (formerly known as “J&P Avax – Terna J.V.”), a joint venture which is 60%-owned by AVAX SA and 40%-owned by Terna SA.

According to the principal contract, construction is set to begin in early April 2019 and is scheduled to be completed within 2021.

City of Dreams Mediterranean will be located in western Limassol and built to the highest sustainability standards to adapt to the natural environment.

It will be the region’s and Europe’s largest Integrated Casino-Resort; featuring a 16-storey hotel tower with 500 guest rooms including multi-bay suites with garden balconies, an exposition centre, an extensive “poolscape” area with four large outdoor pools and amenities such as Jacuzzis as well as a large children’s playground. It will offer over 100 tables and 1,000 state-of-the-art slot machines.

The scope of work listed in the principal construction contract includes the building of all the resort facilities situated on 37 hectares of land, including the central podium building, which houses the main gaming floor, world-class restaurants, MICE facilities, luxury retail, as well as the spa and health club with indoor pool. The podium also comprises the main hotel entrance and areas for staff, operations facilities and plant rooms.

The resort will offer a wide range of attractions and entertainment options beyond gaming making City of Dreams Mediterranean a must-visit destination. 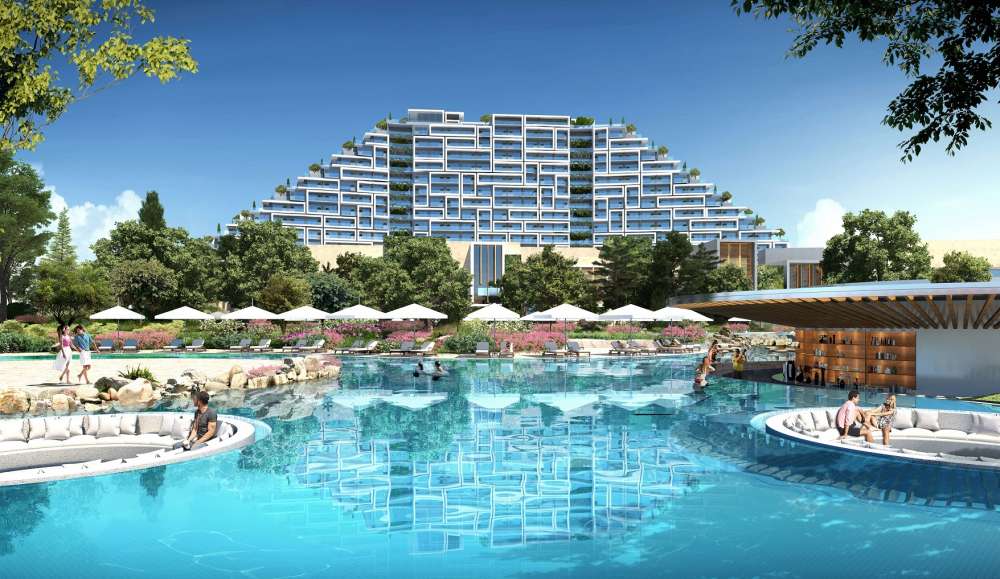 The project is expected to attract an additional 300,000 tourists per year to Cyprus. City of Dreams Mediterranean will create an estimated 4,000 local job opportunities during the construction phase and approximately 2,400 permanent jobs once it is fully operational.

After the second year of operation, the Integrated Casino-Resort is expected to contribute approximately €700 million per year to the Cypriot economy, amounting to around 4% of the country’s annual GDP. 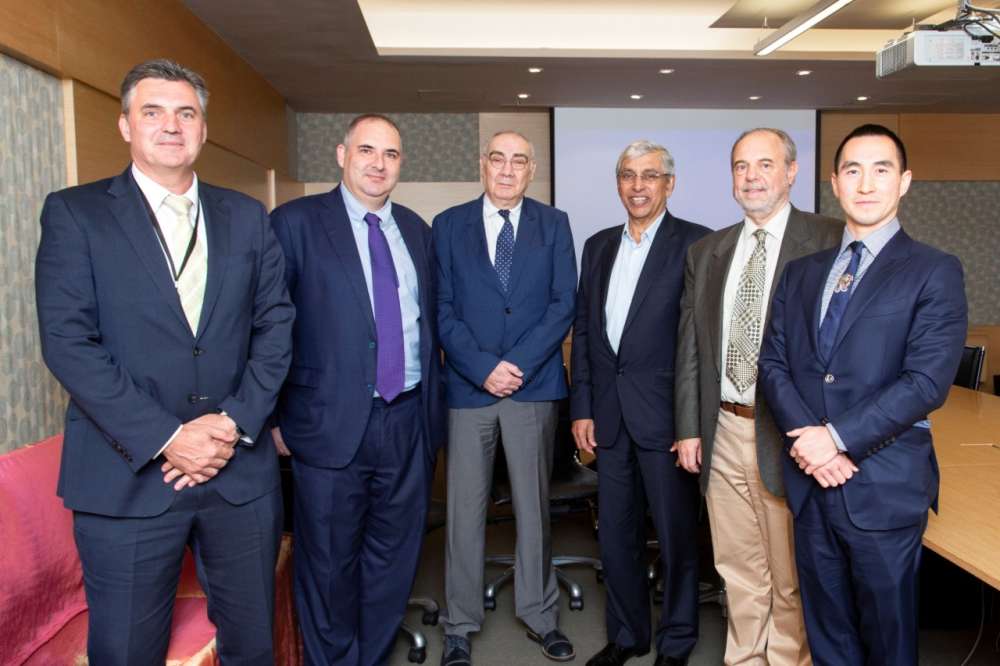 Chairman and CEO of Melco Lawrence Ho stated that “the awarding of this contract marks the official beginning of the construction of City of Dreams Mediterranean and demonstrates our on-going commitment to the project as well as to Cyprus. I am confident given the experience and success of both parties to the joint venture, that Avax – Terna will deliver the project to the highest construction standards and will enable us to bring an extraordinary ICR to Cyprus. We are happy to be working with established premier contractors, who has devoted efforts to the country and worldwide, to make this unique project a local reality.”

Speaking on behalf the joint venture, the Chairman of Avax, Christos Joannou said: “City of Dreams Mediterranean is a large-scale project that will drastically change the entertainment and tourism industry of both Cyprus and Europe. We are honoured to be taking up such an important project and we will work to deliver a high standard of quality within the agreed schedule.”

AVAX SA and Terna SA are both prominent Greek construction companies with considerable experience in the construction industry spanning over 25 years.

They have built a wide range of large-scale buildings and civil engineering projects both in Greece and abroad. AVAX SA was founded in 1985 and was listed on the Athens Stock exchange in 1994.

The company has been active in Cyprus since 2006 with large-scale projects such as the new Stelios Ioannou University Library of the University of Cyprus and the Limassol Marina.

Terna SA is the construction company of the GEK TERNA Group and was founded in 1972 and was listed on the Athens Stock Exchange in 1994. Terna SA has been active in Cyprus since 2016. It recently completed the first phase of the Cyprus Ayia Napa Marina revamp project for which they also won the bid for the second phase of construction. 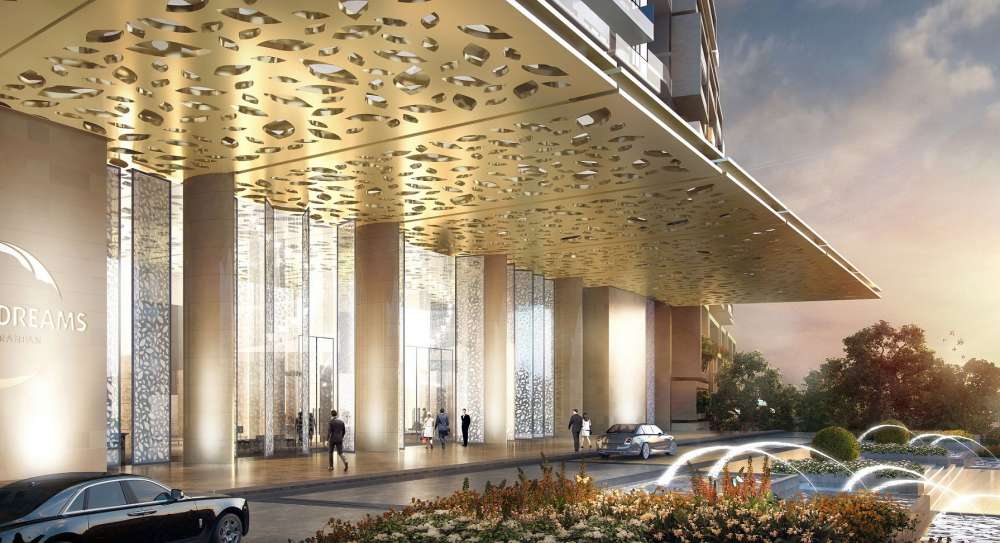