He says that relations between Cyprus and Egypt today are at an excellent level but nonetheless the two countries are searching for new paths of cooperation.

And he refers to strong bi-lateral cooperation between the two neighboring countries but also a trilateral one which includes Greece.

He then focuses on the exploration of hydrocarbons in the region saying this was the catalyst for the renewed bilateral cooperation which has expanded to also include other sectors.

The recent visit by President Nicos Anastasiades to Egypt was crucial in consolidating but also expanding cooperation between Egypt and Cyprus in a wider field, he stresses. 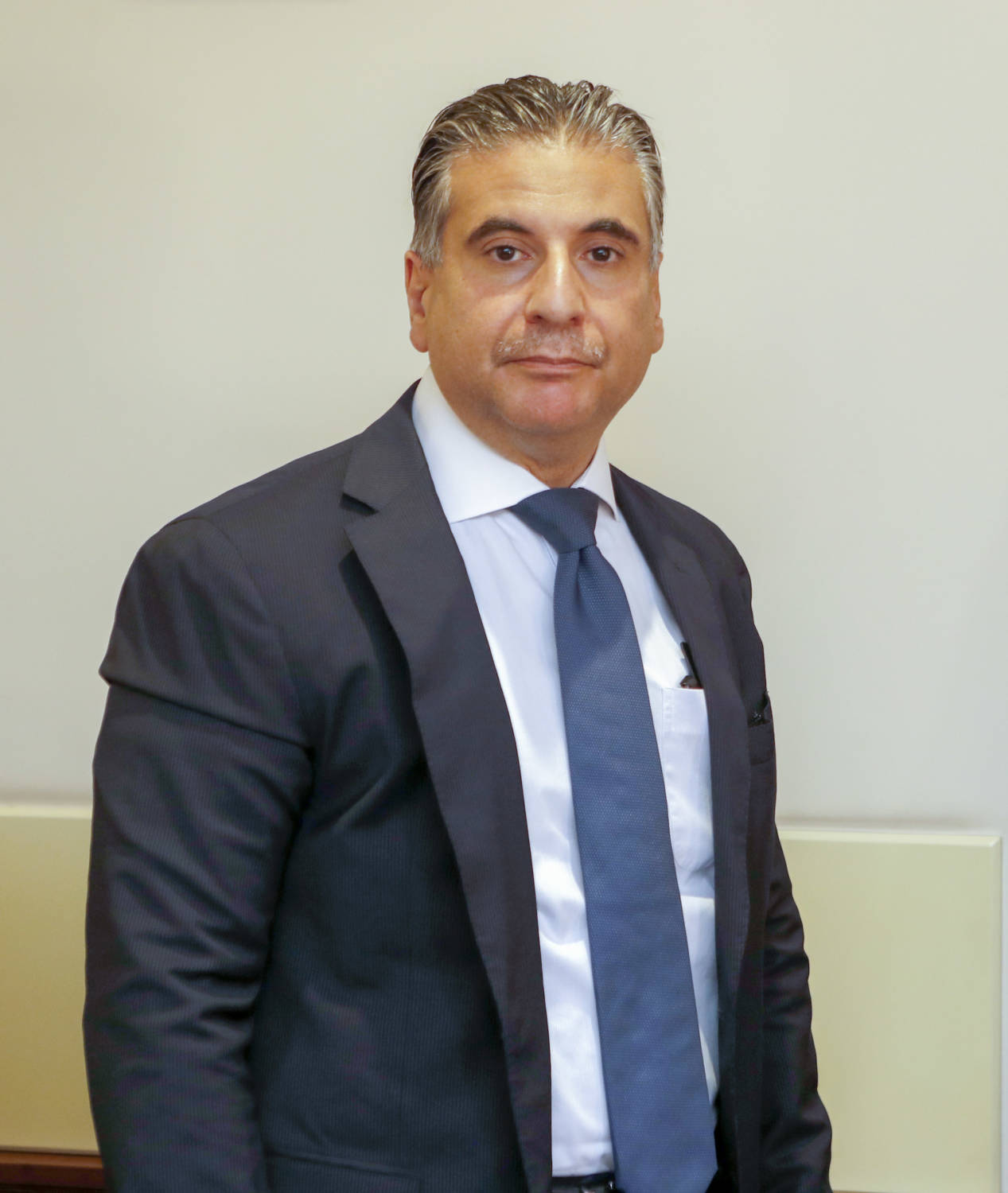 Here is the full interview:

—We live in a period of intense change in the Eastern Mediterranean. What role can Egypt play?

As such, Egypt is already very much involved in efforts to safeguard regional peace and security. Our principled policies and actions of upholding international law and non-interference in internal affairs, preserving the nation state and its institutions in tandem with combating terrorism are key examples of Egypt’s regional vision and role.

It is only based on that premise, coupled with reaching holistic peaceful solutions can we really harness the full potential of regional collaboration that lies ahead of the countries of the East Mediterranean.

—How is the trilateral cooperation between Cyprus, Greece and Egypt progressing? We see other countries being added to the cooperation. What do you think will be the evolution of the cooperation?

Perhaps there is no better example that embodies the cooperative regional approach just alluded to in the previous point than that of the trilateral cooperative mechanism between Egypt, Cyprus and Greece. This mechanism not only serves as a platform to coordinate and consult at the summit level, but it  also outlines an aspiring set of collaborative projects between our three countries. Convening annually at the summit level attests to the level of our common commitment along with the boundless possibilities to expand in the future, while preserving the unique status that binds our three countries together. We look forward to the outcomes of the next Summit to be held in Greece.

—During the recent visit of President Anastasiadis to Egypt, there was given a great emphasis on the expansion of cooperation between the two countries in various fields. In which way the bilateral relationship can be expanded?

To begin with, under the guidance of President Abdel Fattah El-Sisi and President Nicos Anastasiadis our two countries have embarked on critical actions to consolidate our bilateral relations in a manner commensurate with their strategic nature. President Anastasiadis’s visit in September 2021 marked a landmark step forward towards further strengthening the ties between our two countries, as the overall framework of our bilateral relations was elevated to a government-to-government committee presided over by both presidents overseeing all aspects of these relations.

This development speaks to the strength of our joint political will, the views we share on regional issues and developments, as well as the mutual commitment to further consolidate our relations. Both sides believe this will go a long way in ensuring the timely implementation of agreed projects, while pursuing new avenues of cooperation. Undeniably, this upgrade in the status of our relationship opens up the potential for an expansion in future areas of collaboration.

—Would you agree that the relations between the two countries are at their best today?

Certainly, our relations are moving in an upward trajectory, and therefore, one can conclude that while we are at an exemplary level, we still continue to move forward as there remains room for further improvement. For example, there exists huge potential to cooperate economically, especially so, when we consider our close relations and the wide array of economic opportunities available in trade and investment. Efforts are underway to bring together interested business partners on both sides in order to give an added boost to our economic ties.

—We have seen several joint military exercises. Can we expect further strengthening of the military cooperation between the two countries? Also, can you give us more information about what this collaboration involves?

Our bilateral military relations have grown significantly in recent years as demonstrated by the exchange of high-level visits, participation in joint military exercises and the signing of agreements of cooperation. The level and intensity of our military cooperation is truly noteworthy and reflects the depth and strategic importance of our relations.

—What does the signing of the Cyprus-Egypt-Greece Electrical Interconnection Memorandum mean through the EuroAfrica Interconnector project?

Cooperating in the field of energy has been atop the agenda of our trilateral cooperation and accordingly the Electrical Interconnection project falls under the scheme of projects agreed to within our trilateral cooperation mechanism. It embodies the joint potential we have to cooperate and brings together our three countries as well as our two continents of Africa and Europe through electrical connectivity. The competent authorities on both sides are in contact together on the implementation of this project. 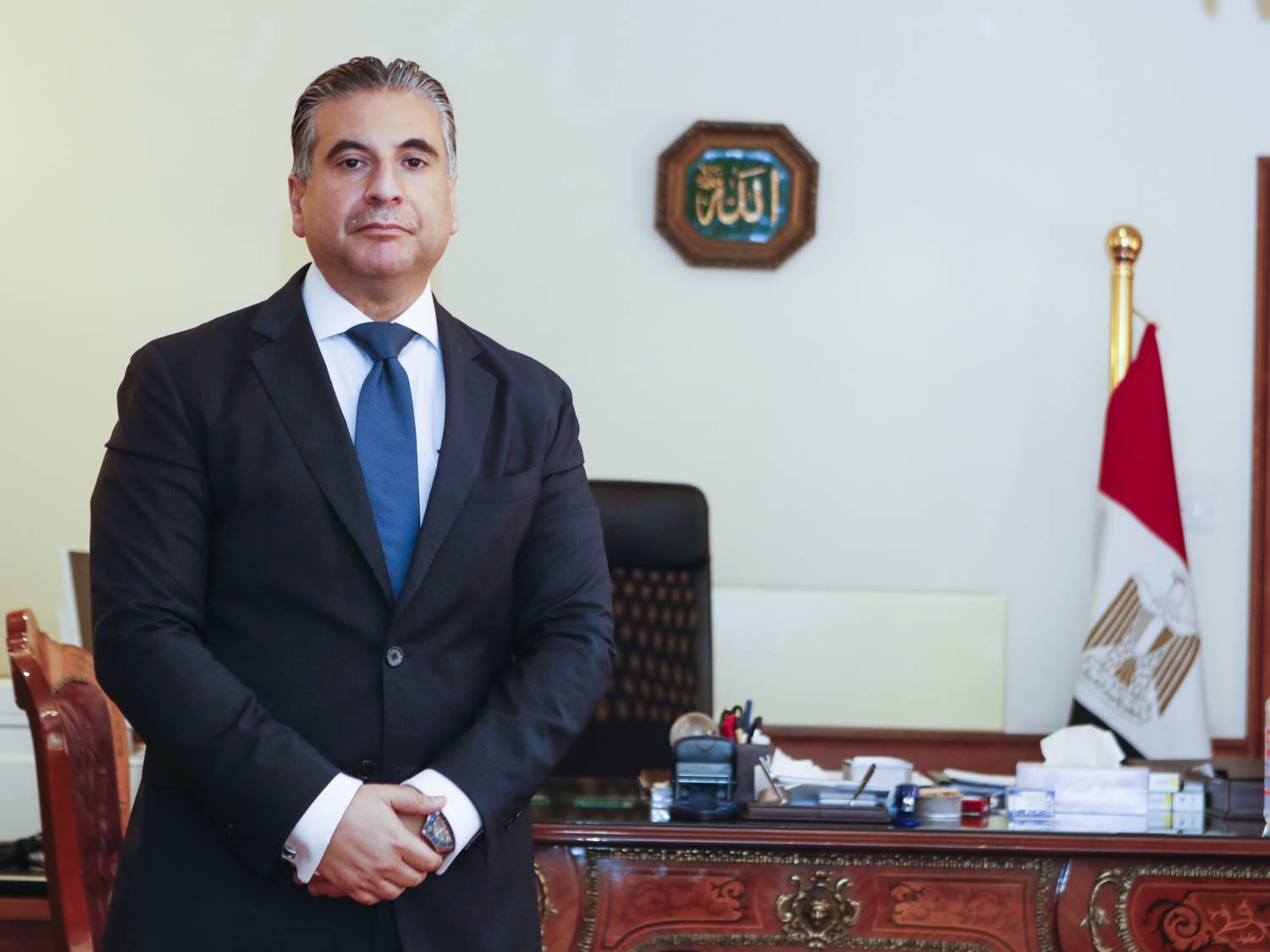 —How is the issue of gas exploitation in the region and the cooperation of the countries progressing? When the transfer from the plot of “Aphrodite” and “Leviathan” to Egypt will be implemented?

As most people are aware, the recent and ongoing discoveries of hydrocarbons in our region have served as an important catalyst for bilateral and regional cooperation. A prime example of which is the bilateral agreement signed between our two countries to establish a pipeline from the “Aphrodite” gas field to transfer gas to Egypt in order to be liquified in the LNG plants. The competent authorities in both countries are in regular contact concerning the implementation of this project.

Another case in point at the regional level is the East Mediterranean Gas Forum. This forum serves as a unique model for the true spirit of cooperation that our region should fully embrace. In establishing it, a platform was created to serve our collective interests of ensuring energy security, while at the same time promoting cooperative gas projects and exploring new worthwhile ventures within that paradigm. It is already operational and has gained considerable international interest and attention.

—The last years, Turkish threats aim at Cypriot exclusive economic zone. I would like to have your comment on this, please.

Egypt has maintained a principled position with regard to the importance of upholding international law, the UN charter and existing delimitation agreements in relation to respecting the sovereignty of countries over their exclusive economic zones. That position was reiterated by President El-Sisi during President Anastasiadis’s visit to Egypt in September 2021. Official statements were issued on different occasions by Egypt regarding the importance of abiding by international law and respecting the sovereignty of states over their maritime zones.

—Turkey calls for two-state solution on Cyprus. What is Egypt’s position on this?

Premised on the same principled stance just noted, Egypt has constantly upheld a steadfast position with regard to reaching a settlement to the Cyprus issue, based on UN Security Council Resolutions and respect for international law. President El-Sisi clearly reiterated Egypt’s position on the Cyprus issue during President Anastasiadis’s visit to Egypt in September 2021, and expressed solidarity with Cyprus concerning any actions that undermine its sovereignty or aim to force a new status quo in violation of Security Council resolutions. Additionally, in July 2021, Egypt issued an official statement expressing deep concern over the announcements made with regard to Varosha and called for compliance with the relevant Security Council resolutions. Accordingly, Egypt supports the role played by the United Nations in seeking to find a solution to the Cyprus issue.

By Annie Charalambous
Previous article134 new cases of COVID-19, no deaths on Saturday
Next articleFourth arrest for theft and robbery to house of 77-year-old