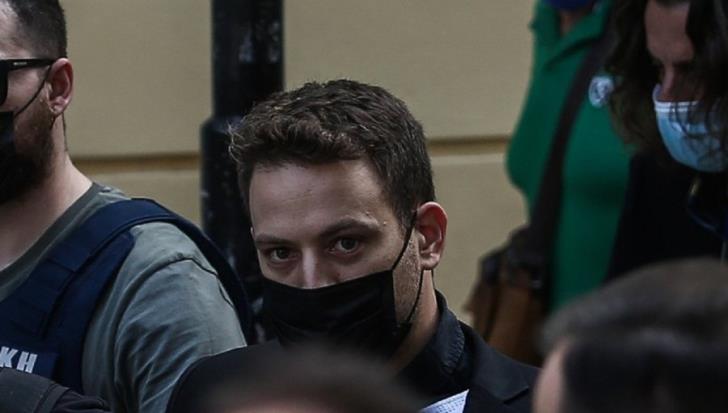 Helicopter pilot Babis Anagnostopoulos who confessed to the shocking murder of his wife Caroline Crouch in their home in Glyka Nera, Athens, will file a plea in court on Tuesday.

And the group Hellenic Feminists Network has asked the members of their Facebook group to join them on Tuesday morning at the Athens Courthouse.

The group is rallying their cause around the slogan “Solidarity with Caroline” at the courthouse. They want the term, femicide, known in Greek as “gynoktonia,” to be acknowledged by the state as a distinct crime.

Caroline Crouch, a 20 year-old, British-born resident of Greece, was allegedly suffocated to death, by Anagnostopoulos, her 32-year-old husband, on May 11.

Crouch and Anagnostopoulos’ infant daughter, 11 month old Lydia, was with the couple at the time of the murder.

Initially Anagnostopoulos led the police on a wild goose chase, with a fabricated story of a gang of armed, foreign men breaking into the couple’s home to supposedly rob them of cash and jewelry.

Anagnostopoulos told police that they had tied up the couple separately and eventually strangled Crouch, with the baby present at her side.

After 40 days, forensic evidence retrieved from smart phones and smart watches owned by the victim and her husband told another story which was wildly inconsistent with the pilot’s account.

Anagnostopoulos was contacted by police on the day of Crouch’s 40-day memorial service, held on their home island of Alonissos in the Aegean, and flown back to Athens.

Confronted by police with digital evidence and inconsistencies in the pilot’s initial deposition, Anagnostopoulos later confessed on Thursday after hours of questioning.

The pilot allegedly said she had wanted to leave him and that was the reason he killed her.

He reportedly placed a pillow over Crouch’s face and only after her body was lifeless he actually realized what he had done.