Hurricane Hector closing in on Hawaii and volcano 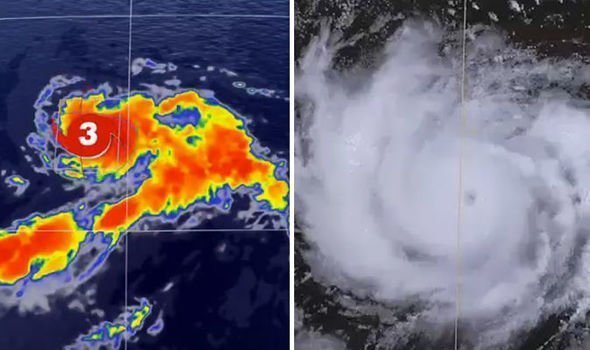 Hurricane Hector became a Category 4 storm for a few hours early Sunday but then dipped back to Category 3, still a dangerous force, as it headed across the Pacific, threatening to hit Hawaii’s Big Island and possibly its active volcano, officials said early Sunday.

Hector’s winds dropped to 125 mph from 130 mph, the diving line between Categories 3 and 4, early Sunday as it moved westward at 12 mph Sunday, the National Hurricane Center said in an advisory.

The storm was about 1,390 miles southeast of the Hawaiian islands, and it was uncertain if it would hit or just brush by the southern edge of the Big Island by Wednesday, said a meteorologist at the National Weather Service’s Weather Prediction Center in College Park Maryland.

Some predictions put the storm on a virtual collision course with the Kilauea Volcano on the southern part of the island. Lava has been spewing from vents on its eastern flank since May 3 and its summit crater continues to collapse.

Scientists differ over how hurricanes and volcanoes might interact, including the question of whether low atmospheric pressure could help trigger an eruption.