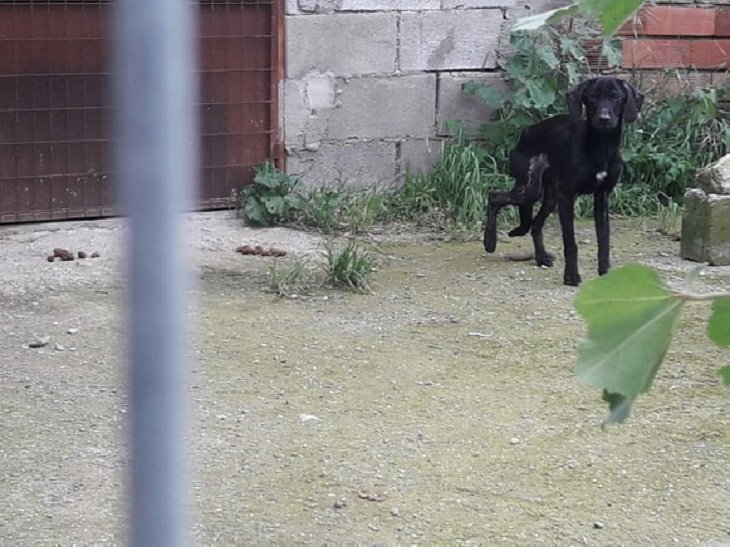 Accusations by the Hunters’ Party that animal rights activists had broken into a farm and stole two dogs have been angrily rejected by the activists who said they had rescued the animals.

The Hunters’ Party said that “well-known” animal rights activists from Larnaca and Nicosia had stolen hunting dogs from a hunter’s property. Party Nikolas Prodromou told ACTIVE radio that the dogs were found, but the activists refused to return them to their owners.

“One of the dogs was found in Famagusta. It has a microchip. A woman who participates in dog shows, has it now and refuses to give it back, although we went to her house with police,” he said.

The second dog is with a woman in Nicosia who claims that she found it on the street, “although there is a witness who says that he saw her jumping over a fence, entering the premises and stealing the dogs,” Prodromou said.

The party said they have a video which shows the activists breaking the lock of a large fenced area and entering the premises to steal the two dogs.

“The camera did not record the first theft but has recorded members of an animal rights group entering the cages after breaking the lock,” Prodromou said.

They also accused animal rights groups of selling dogs abroad to make profit “with the blessings of the state”.

The video of the incident as published by the Hunters’ party:

The Animal Party urged everyone to be patient until police concludes its investigations on the case.

“We are surprised by the Hunters’ Party announcement which essentially targets volunteers and rescuers and accuses them of stealing dogs for financial gain. We urge them to wait for the police’s findings before making unfounded conclusions.”

President of the Animal Party Kyriacos Kyriacou told in-cyprus on Thursday that the hunter “who was the guardian of the dogs,” also keeps another 30 dogs in his property and that the two dogs that were taken were the only ones who were not held in cages.

On his part, the president of the Hunters’ party said that the owner of the dogs was away at the time of the incident. The two dogs were in quarantine outside the cages as they were sick, he added. He also claimed that the owner took them to the vet.

“Police and animal rights groups who arrived at the scene after the incident saw that the dogs were kept in a good condition, congratulated the owner and apologised,” Prodromou said.

President of the shelter K9 Rescue Andreas Kleanthous denied this and said that it was the activists who took the dogs to the vet.

He also said that the activists filed a complaint with the state’s Veterinary Services as the dogs were “stressed and malnourished” and were kept in “abysmal conditions”.

He said that citizens who were walking in Mosfiloti forest, saw the two dogs sickly dogs, unsupervised and informed the shelter.

According to Kleanthous, the activists took the dogs to a vet who found that only one of them was microchipped but was unregistered so the owner cannot be identified.

“After a few days, volunteers offered to host the dogs,” Kleanthous said.

The vet diagnosed one of the dogs as suffering from dermatitis, the president of the Animal Party added.

Pictures of the dogs published by the Animal Party: 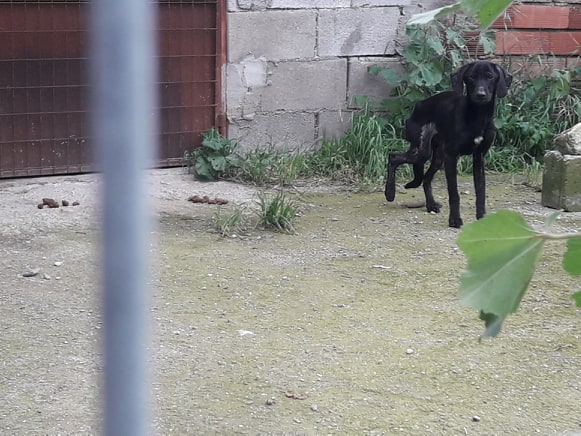 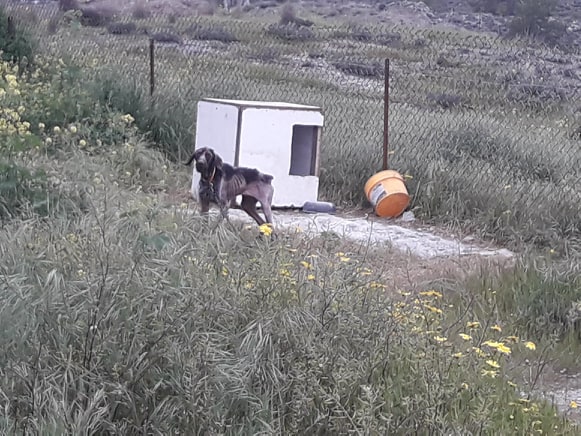 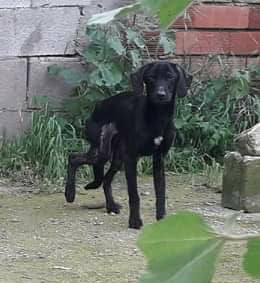 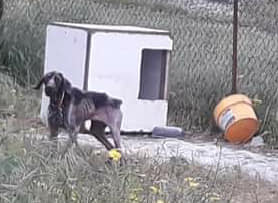