Hundreds of thousands of Algerians march against Bouteflika 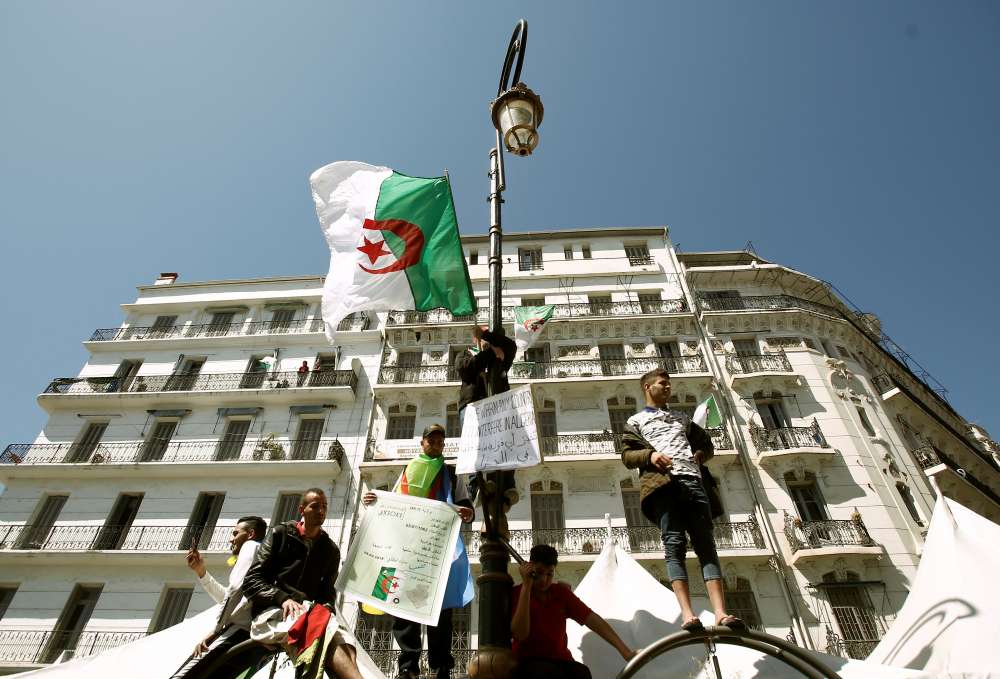 Hundreds of thousands of protesters marched though Algiers for the sixth Friday in succession to demand the removal of President Abdelaziz Bouteflika days after the country’s powerful military called for him to step down.

Dancing, blowing horns and shouting freedom slogans, some demonstrators also called for the entire political elite to go, saying that while they were against Bouteflika they also rejected the army’s intervention in civilian political life.

“Streets pressure will continue until the system goes,” said student Mohamed Djemai, 25, as hundreds of riot police kept an eye on the protests and helicopters flew overhead.

“We have only one word to say today, all the gang must go immediately, game over”, said Ali a merchant, as other protesters shouted “the people want the fall of the regime”.

Amid a festive atmosphere, families standing on balconies above the streets cheered the marchers, who shared out dates and water and bought ice cream from street vendors.

The army chief of staff, Lieutenant General Ahmed Gaed Salah, on Tuesday asked the constitutional council to rule whether the ailing 82-year-old president is fit for office.

The move piled pressure on Bouteflika, who has failed to placate Algerians by reversing a decision to seek a fifth term.

Key allies have deserted the head of state, who has rarely been seen in public since suffering a stroke in 2013 and now faces the biggest crisis of his 20-year-old rule.

Protesters have ambitious demands in a country long- dominated by veterans of the independence war against France who are seen by many Algerians as too old and out of touch.

They want to replace the establishment with a new generation of leaders capable of modernising the oil-dependent state and giving hope to a population impatient for a better life.

The powerful military has stayed in the barracks. But Salah’s call for Bouteflika to go was a clear reminder to Algerians that the army intends to retain its vast influence in politics.

Saadia Belaid, a woman crying as she wore the flag of Algeria, said: “I cry because they kidnapped Algeria and the army’s proposal is a real travesty.”

“We want the departure of Salah,” read a banner.

Salah’s call, however, received backing from the ruling FLN party and the main trade union, signalling that Bouteflika’s time was all but up.

In the latest blow to Bouteflika, one of his few remaining influential supporters, leading businessman Ali Haddad, resigned as head of the influential FCE business forum, a resignation letter seen by Reuters showed.

Haddad, who was awarded large public works projects by the government and has investments in the media, has helped to fund Bouteflika’s election campaigns over the years.

Under the constitution, the chairman of parliament’s upper house, Abdelkader Bensalah, would serve as caretaker president for at least 45 days after Bouteflika’s departure. But even if Bouteflika quits, there is no clear long-term successor.