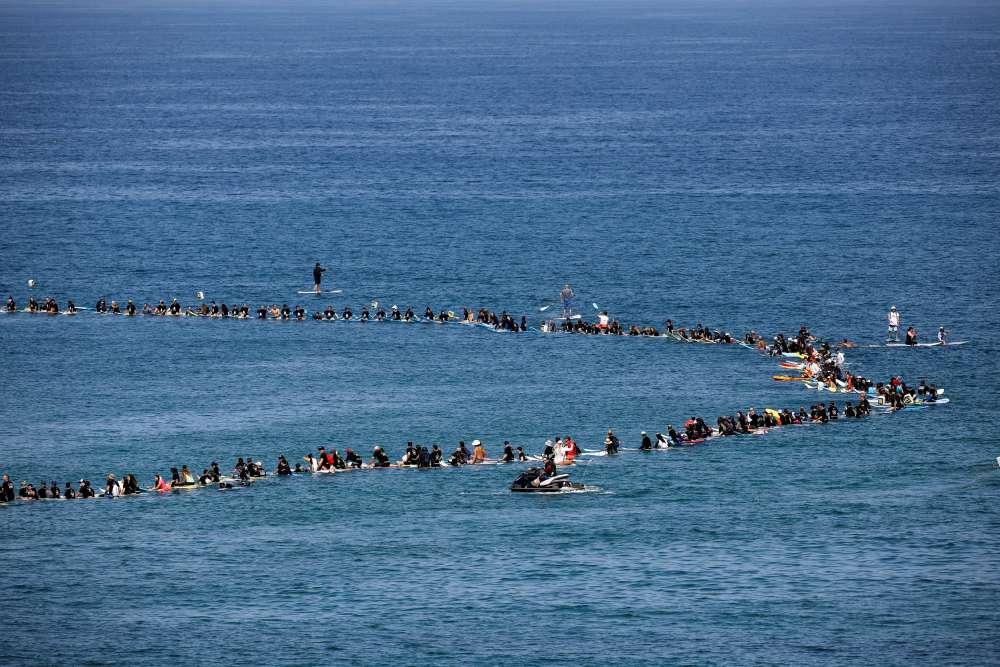 Hundreds of Israeli surfers in black skull-and-crossbones shirts took to the waves on Friday in what they said was a record-breaking protest against potential environmental damage from off-shore gas development.

Organisers said 992 people, among them athletes and actors, paddled out and held hands to form a circle opposite Herzliya, promoting their demand that a planned gas rig be relocated further from Israel’s Mediterranean coast.

A slogan on their shirts read: “Don’t poison us.”