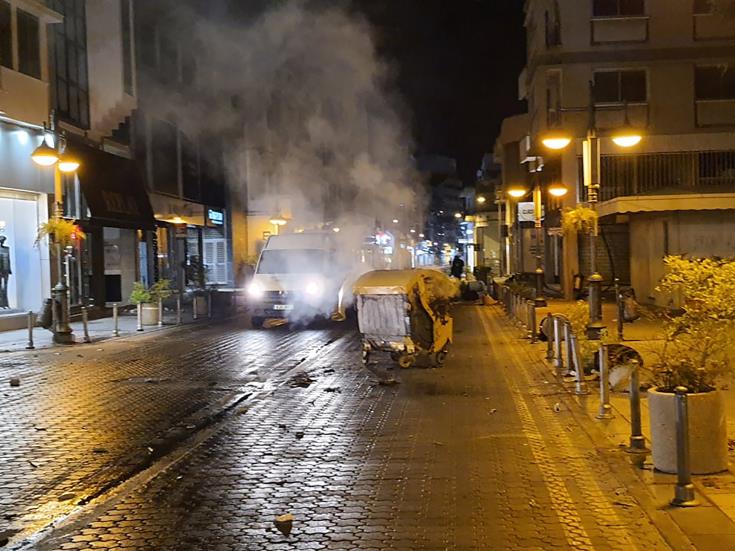 Around three hundred people on Saturday afternoon gathered in central Limassol to protest the latest stricter measures against the spread of coronavirus, as well as rising corruption in Cyprus.

But even though the protest was peaceful, a handful of young ones wearing black hoods on their face did set garbage bins on fire, hurled firecrackers and broke a few window shops on Anexartisias Street just before it was over.

Anti-riot police arrested six before protesters dispersed around 8pm – the time curfew now comes into effect in the coastal city. A total of 23 people were arrested so far over the incidents, charged and released.

The protesters chanted slogans against the obligatory use of masks and the €300-fines given to people accused of violating the imposed measures.

They also chanted slogans against parliament and corrupt politicians.

The districts of Limassol and Paphos have gone into almost complete lockdown until November 30, as part of the latest restrictive measures against the spread of coronavirus.

Protest organisers said they would be out on the streets again and again protesting for their lost dignity and future of their children.