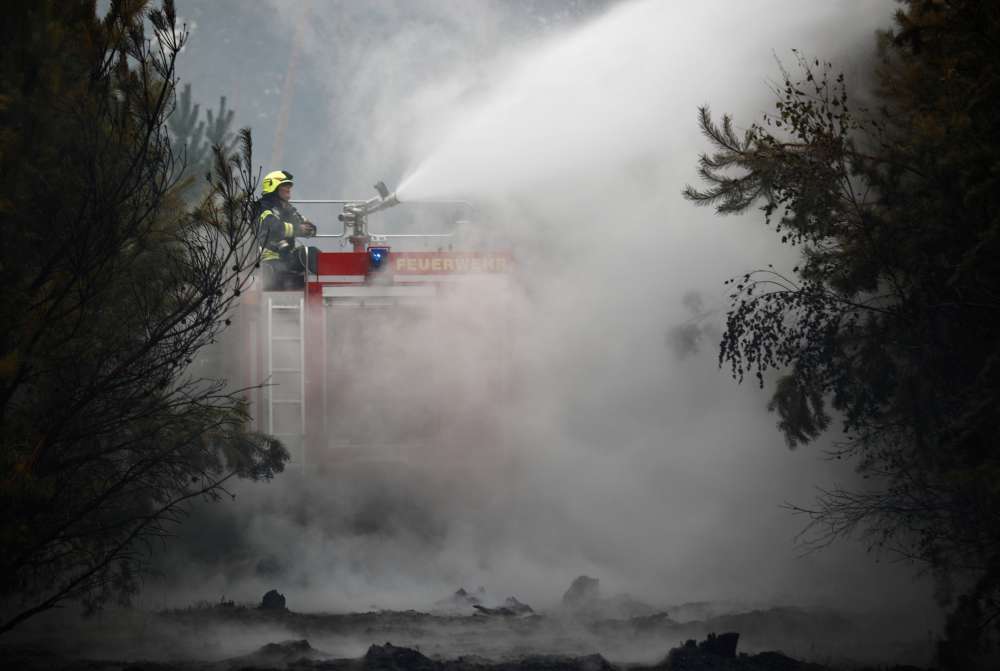 Hundreds of people were evacuated from their homes as around 600 firefighters battled a blaze in a forest strewn with unexploded ammunition south of Berlin on Friday and a pall of acrid smoke hung over the city.

Attempts to fight the fire were complicated by the presence of the ammunition thought to date from the Soviet Army’s activities in former East Germany.

The blaze, about 50 km (30 miles) southeast of Berlin, spread rapidly overnight to cover an area the size of 500 football fields, aided by the parched conditions after one of Europe’s hottest summers in living memory.

“I have huge respect for the firefighters who are out there right now, risking their lives. We know there is ammunition lying around in the forest,” said local politician Guenther Baaske, adding that some explosions had been heard.

The summer has seen forest fires across much of eastern Germany, but this blaze, so close to its largest city, led authorities to activate emergency alert systems in the early hours of Friday telling Berliners to shut their windows.

Helicopters dropped water on flames near the village of Treuenbrietzen and a Reuters photographer saw firefighters spraying water in a blackened landscape thick with smoke.

Flames came within 100 metres of houses in some places. Authorities said 540 people had to leave their homes, with many forced into emergency accommodation.

In many places flames reached as high as the forest canopy in the ordinarily swampy, heavily-wooded region that surrounds Berlin

By In Cyprus
Previous articlePetrol station employee arrested for assaulting colleague
Next articleReport: ‘Fingerprint match’ for suspect in UK murder