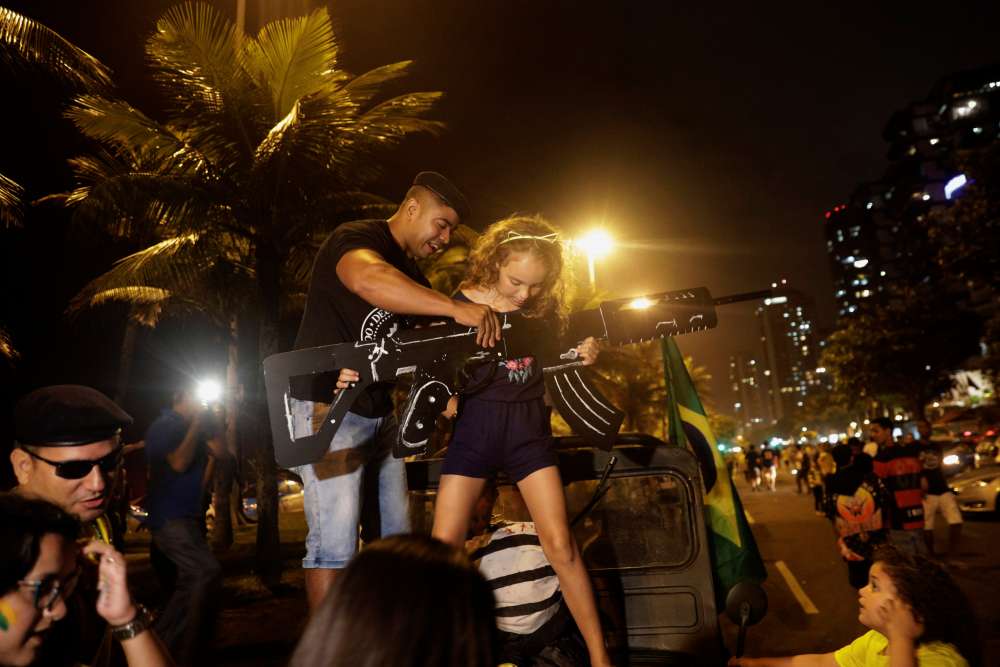 Brazil’s judiciary and other key institutions should resist any attempt to undermine human rights, the rule of law, and democracy under Jair Bolsonaro’s government, Human Rights Watch said today.

Bolsonaro, a pro-torture, openly bigoted member of Congress, won a run-off election on October 28, 2018 and will take office as president of Brazil on January 1, 2019.

“Brazil has independent judges, committed prosecutors and public defenders, courageous reporters, and a vibrant civil society,” said José Miguel Vivanco, Americas director at Human Rights Watch. “We will join them in standing up against any attempt to erode the democratic rights and institutions that Brazil has painstakingly built in the last three decades.”

Brazil´s judiciary and other key institutions should resist any attempt to undermine human rights, the rule of law, and democracy under Jair Bolsonaro’s government. @hrw press release on the elections in Brazil: https://t.co/IilF8oqGv0 pic.twitter.com/edXtWzmNo4

Bolsonaro defeated the Workers Party candidate, Fernando Haddad, after a campaign tarred by political violence. Many of the victims were lesbian, gay, bisexual, and transgender (LGBT) people, women, and Afro-Brazilians.

On October 8, a man stabbed to death an Afro-Brazilian artist, Romualdo Rosário da Costa, in Salvador, allegedly after the man became angry when da Costa revealed he had voted for Haddad in the first election round. Witnesses said several men shouted Bolsonaro´s name during an argument with a transgender woman in São Paulo on October 16, then killed her. Bolsonaro himself was stabbed during a rally in September.

More than 140 reporters covering the elections were harassed, threatened, and in some cases physically attacked, the Brazilian Association of Investigative Journalism (Abraji) found.

In his decades-long career in Congress and as a presidential candidate, Bolsonaro has endorsed abusive practices that undermine the rule of law, defended the country´s dictatorship, and has been a vocal proponent of bigotry, Human Rights Watch said.

“Human Rights Watch will closely monitor the rhetoric and actions of the Bolsonaro government,” Vivanco said. “We will continue doing the rigorous, independent research and advocacy we have carried out in Brazil for the last decades in defense of human rights for all Brazilians, regardless of gender, sexual orientation, race, political beliefs, or religion.”

#Brazil‘s judiciary and other key institutions should resist any attempt to undermine human rights, the rule of law, and democracy under Jair Bolsonaro’s government, says @hrw. https://t.co/U2S9J4hqkf pic.twitter.com/66aDpjY2ru