How many EU citizens die from influenza? 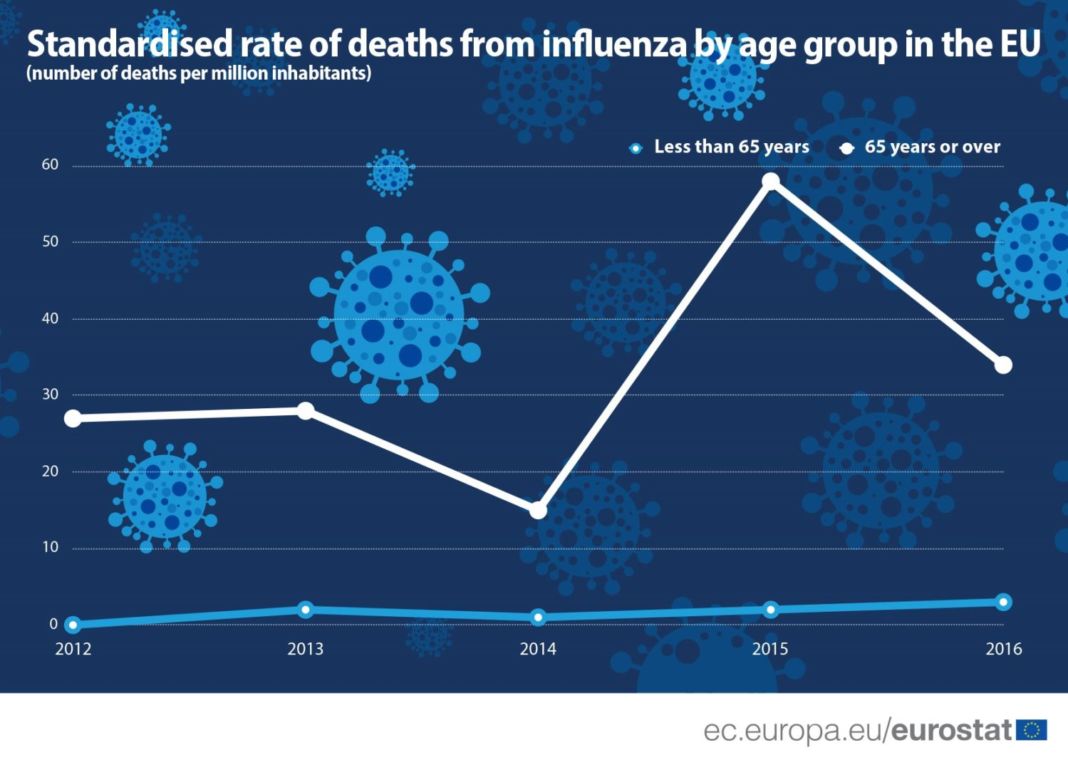 In 2016, a total of 4 186 people in the EU died from influenza, recording a standardised death rate of 9 deaths per million inhabitants. The death toll fluctuates, depending each year on the specific virus which infected the population.

The elderly population has been worse affected by influenza than the younger population.

In 2016, the standardised death rate for people aged 65 and above (corresponding to 70% of those who died from influenza in the EU) was 34 per million inhabitants.

The vulnerability of elderly population to influenza highlights the reason why the general influenza vaccination is recommended particularly for the elderly.

By contrast, the standardised death rate of people younger than 65 years old was 3 per million inhabitants in 2016, and was even lower in the four years preceding that.

Causes of death statistics are based on information derived from the medical certificate of cause of death. Causes of death are classified by the 86 causes of the “European shortlist“, which is based on the International Statistical Classification of Diseases and Related Health Problems (ICD).

By In Cyprus
Previous articleNicosia: Two held for flouting decree, resisting arrest
Next articleWhat you need to know about the coronavirus right now