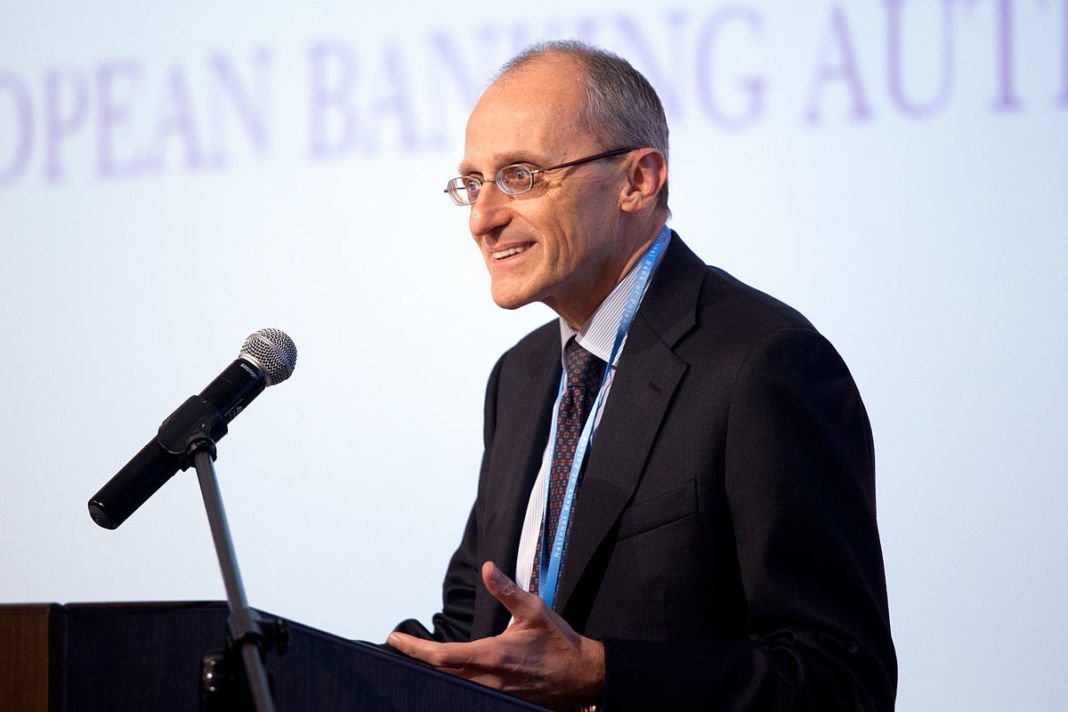 By Andrea Enria, Chair of the Supervisory Board of the ECB

These are dramatic days for Europe and its citizens. The coronavirus outbreak has severely affected many Member States, and it is unclear how much the health crisis will worsen and how long it will last.

While frontline doctors and nurses are heroically fighting the outbreak, all of us involved in economic policymaking must do our utmost to help mitigate the economic impact of this crisis.

In fact, we expect households, small businesses and corporates in the euro area to face extremely challenging economic and financial conditions. This is why, in the past few weeks, ECB Banking Supervision has announced unprecedented capital relief measures and supervisory flexibility in response to the economic shock, accompanied by a recommendation to banks to restrict dividends and share buy-backs.

Unlike in the 2008 financial crisis, banks are not the source of the problem this time. But we need to ensure that they can be part of the solution.

Our mitigation measures aim to allow banks to keep providing financial support to households and to the viable small businesses and corporates hardest hit by the crisis.

Our initiatives should not be considered in isolation, but rather in conjunction with monetary and fiscal measures. The ECB, as a central bank, has provided additional sources of cheap funding for banks, supplemented by an extraordinary asset purchase programme. As a banking supervisor, we have eased capital and liquidity constraints, significantly increasing the ability of banks to lend and absorb losses without triggering supervisory actions. Many governments have decided to provide temporary relief to debtors with payment moratoriums and to support banks through loan guarantees, and we have increased supervisory flexibility regarding the regulatory treatment of loans receiving such support.

Within our remit as a prudential supervisory authority, we have also asked banks to smooth as much as possible the procyclicality embedded in loan loss provisioning models developed according to international accounting standards (IFRS 9). This will avoid the volatility in IFRS 9 valuations during the shock having a significant impact on banks’ capital and their profit and loss statements.

Moreover, in light of the challenging operational and market conditions, we have suspended for a period of at least six months the finalisation and implementation of various supervisory decisions and have communicated to banks the fact that we will use maximum flexibility in evaluating the implementation of the ongoing plans to reduce past non-performing loans.

I am convinced, though, that this should not be a one-way road.

While everything around us is being put on hold and all the efforts of our communities are geared towards fighting the coronavirus, banks and shareholders must also contribute to this common effort.

Own funds are the most effective tool to enable banks to withstand shocks that materialise unexpectedly. Unfortunately, we can say that we have now been forewarned: the economic shock resulting from this crisis cannot be considered unexpected anymore. We still do not know how large and lasting the contraction in economic output will be. We hope for the best but we must be ready for the worst.

We need to maintain capital in the system, to enable banks to have the capacity to lend or absorb losses at a time when it is particularly needed. For this reason, just last week ECB Banking Supervision recommended that banks neither pay dividends nor buy back shares until at least October 2020. This recommendation applies also for 2019 dividends that have not yet been paid out – around €30 billion, according to our information. Banks that have asked their shareholders to vote on a dividend distribution proposal in their upcoming General Shareholders Meeting are expected to amend such proposals in line with our recommendation.

I strongly believe that these measures are in the long-term interest of the banks and their shareholders: by preserving their critical functions and boosting their support to households, small businesses, corporates, and other financial institutions, banks are effectively protecting their value and enhancing their reputation.

Europe and its citizens are facing an extraordinary challenge. Only by rising to this challenge will we be able to ensure that the European banking sector remains strong and can support a rapid recovery of our economies when this unprecedented shock is over.

By In Cyprus
Previous articleU.S. could face 200,000 coronavirus deaths, Fauci warns
Next articleRussia’s bid to raise tax revenue a blow to Cyprus