How do you sleep at night? After fire, Greek opposition seeks resignations 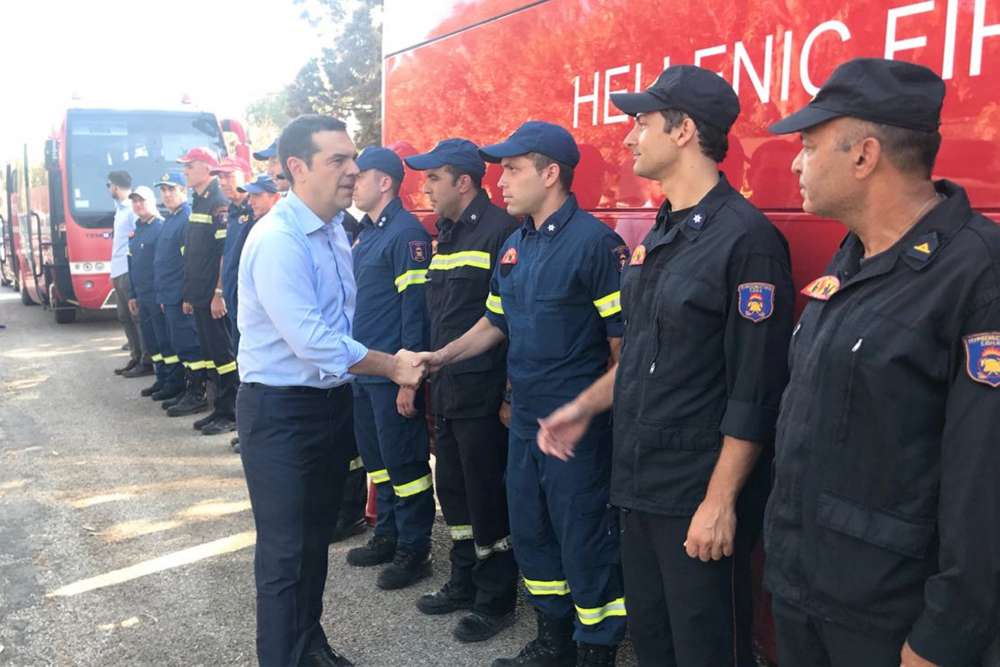 Greece’s conservative opposition on Tuesday demanded the heads of the emergency services resign following a blaze that killed more than 90 people, decrying their “pathetic” leadership during one of the country’s worst natural disasters.

At least 91 people burned to death and scores more were injured when they attempted to flee a fire in the town of Mati east of Athens on July 23. There have been recriminations over whether an evacuation order was issued and whether rescue services responded in a timely manner.

“I really wonder how some people … can sleep today, and continue content in exercising their duties,” said Kyriakos Mitsotakis, head of the Conservative New Democracy party.

Mitsotakis, whose party is leading in opinion polls, said he failed to understand what “political responsibility” meant.

Mitsotakis appeared to be referring to leftist Prime Minister Alexis Tsipras, who has said he accepted full political responsibility, although he did not name him.

Mitsotakis also said those responsible for coordinating the fire response, including the civil protection and interior ministers and the police and fire brigade chiefs, should resign.

With a nation left numb by the horror of how hundreds were trapped by flames, and the possibility the death toll could mount, Tsipras has vowed a thorough inquiry.

Tsipras has also pledged a series of changes, including a crackdown on unlicensed construction, failings that are thought to have worsened the fire.

Unlicensed construction spanning decades is a common feature of Greece’s landscape. Many routes to the coast and the sea, where hundreds of Mati residents fled to escape, were walled off.

“Let’s separate the long-standing responsibilities for anarchic constructions from the pathetic, I repeat, pathetic administration of this crisis,” Mitsotakis said.

Tsipras declared three days of national mourning in the aftermath of the disaster, during which he was meeting aides and coordinating the rescue response. He visited the scene of the disaster on Monday, a week after the event.

Mitsotakis had visited the scene in mid-week last week, while a government minister who did visit had a heated exchange with survivors on whether aid was sent in a timely manner.

“Anger, and sympathising with another’s pain is something deeply personal. But public figures have no right to hide during a crisis. (A leader) has an obligation to take a position, and be next to people in trying times,” Mitsotakis said.

By In Cyprus
Previous articleKangaroo breaks into Australian home, locks itself in bathroom
Next articleReport: Greek national held on drug charges in Turkish occupied north