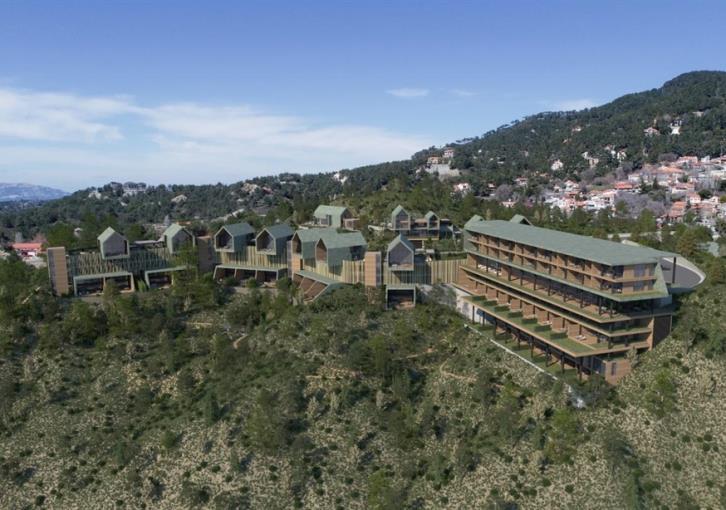 An ambitious housing development project in Platres mountain resort seems to affect the waters of Kouris Dam and the environment at large, Philenews reports.

That’s why it will be debated before the House Environment Committee on Wednesday following reports that trees have been also axed illegally for the interests of Guru development. Trees have been cut before the Environment Authority has even reviewed the proposed project which provides for the construction and operation of a 7-storey building – plus ground floor plus mezzanine – and other independent residential units.

This fact led the Town Planning Department to proceed with the immediate termination of the illegal works by issuing an enforcement notice until all necessary permits are obtained.

This development has prompted the Audit Office  to also launch an investigation and has asked for the views of the Water Development Board which are deemed very important. According to the Board, the project is within the Pera Pedi water jurisdiction and is crossed by Kryos and Hapotami rivers.

And at least half of the development falls entirely within the Nearby Protection Zone of Kouris Dam.

That’s why the Board called on the state to protect water sources that are either used or intended to be used for human consumption in the future.