Houses, other buildings damaged by storms in Limassol district 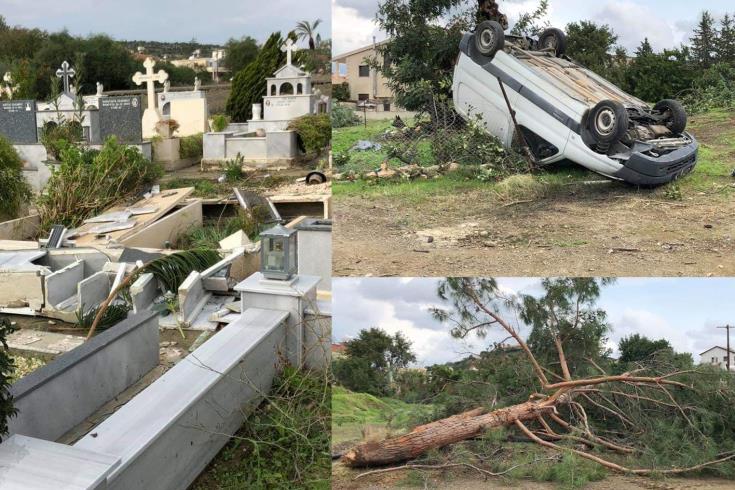 More than 30 houses and professional premises in the Limassol district have sustained some kind of damage from strong winds which in two cases developed into whirlwinds during last night’s severe storms, Limassol district officer Marios Alexandrou said on Tuesday.

He told the Cyprus News Agency that six district office crews were recording the damage in Zakaki, west of Limassol and in Pareklissia, Monagrouli, Vasa Kellakion and Kellakia east of the coastal town.

In Zakaki the damage was mostly to professional premises. In the second case, the strong winds uprooted trees, ripped roofs and in one case overturned a car, and damaged Pareklissia’s cemetery.

More than 30 houses were affected in Pareklissia and several more north of the community.

Efforts are underway to shelter one individual rendered homeless in Vasa Kellakiou as well as a family of four who have nowhere to stay after the roof of their rented house in Pareklissia collapsed.

Electricity Authority crews have been working since morning to repaid damage to the grid. Power outages have been reported in Moni, Fasouri, Governor’s Beach, Pyrgos Limassol and Zakaki.