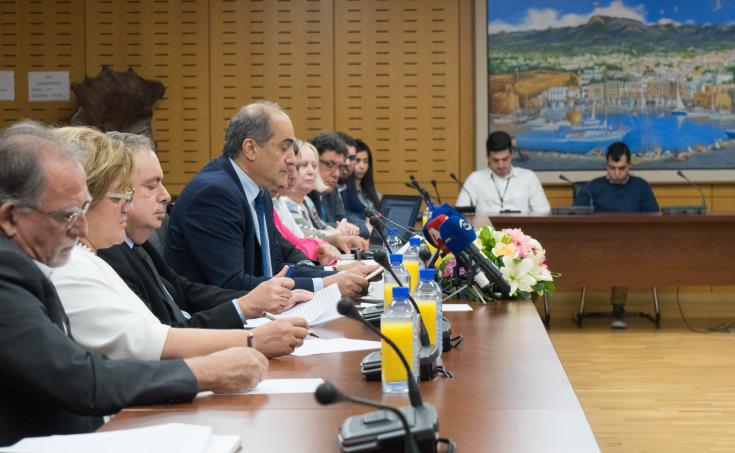 House Speaker Dimitris Syllouris departs on Sunday evening for Armenia on a three-day official visit at the invitation of the President of the National Assembly of Armenia Ara Babloyan. The Cyprus Delegation includes MPs Nicos Tornaritis, Yiorgos Τ. Georgiou, Christos Orpanides and Yiorgos Perdikis and Vartkes Mahdessian, the Representative of the Armenian community in the Cyprus House of Representatives.

Syllouris and his delegation will hold meetings with the President of the National Assembly, the Armenian President Armen Sarkissian, the Prime Minister Nikol Pashinyan and the Foreign Minister Zohrab Mnatsakanian. They will also be received by the Catholicos of All Armenians, Garekin II.

Cyprus House Speaker will deliver a speech at the National Assembly and will lay a wreath at the Monument for the Armenian Genocide.

The President of the National Assembly will host an official dinner for Syllouris while the Vice President Eduard Sharmazanov will host a lunch for the members of the delegation. Syllouris and the Cyprus MPs will also visit places of historic and cultural importance.

The delegation returns home on Thursday.