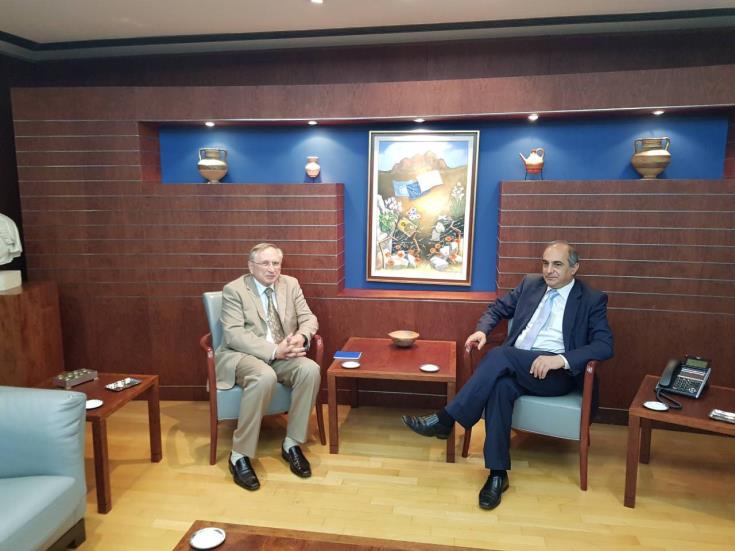 House President Demetris Syllouris reiterated on Wednesday the concerns of the House of Representatives over the construction of a nuclear power plant in Akkuyu, Turkey, during a meeting with Russian Ambassador Stanislav Osadchiy.

As CNA learns, during their meeting in Nicosia, the Ambassador conveyed the view of the Russian government in relation to a resolution, adopted recently by the House on the Akkuyu plant, and reiterated Moscow’s view that the nuclear station does not pose a danger.

The location of the Russian-backed project is about 90 km away from the northern shores of Cyprus. The resolution of the House, adopted last May, called for international pressure on Turkey to halt the construction of the nuclear plant, and asked Moscow to review its decision about the project.

In reply, Syllouris told Osadchiy that the concerns of the House remained and pointed to the proximity of Akkuyu to Cyprus’ shores. He also expressed his personal view, in his capacity as civil engineer, regarding the potential danger from a nuclear plant.

The Ambassador said he would convey the view of the House back to Russia.

By In Cyprus
Previous articleUpdated: Paralimni fire under control
Next articlePirated products cost the Cypriot economy €198m every year