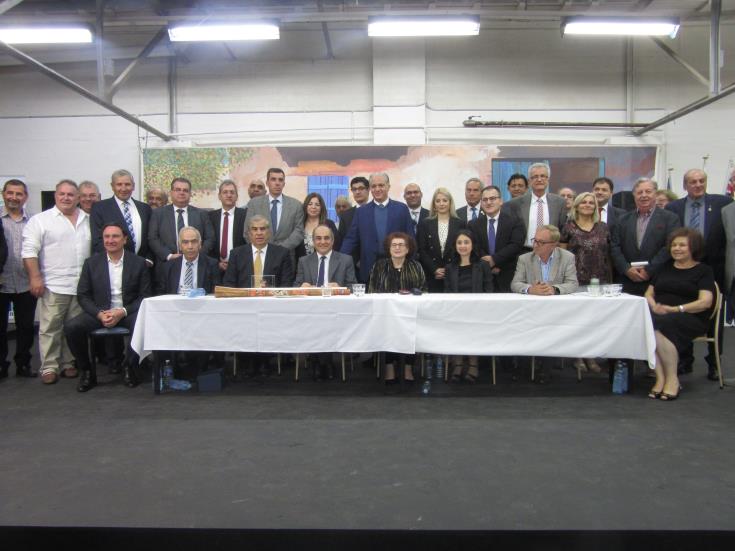 Australia is a friendly country that supports Cyprus and retains a principled stance vis-à-vis the Cyprus problem, said the President of the House of Representatives, Demetris Syllouris, who is paying an official visit to the country, as head of an inter-party delegation.

Syllouris, who was addressing a press conference with Greek-speaking media, in Melbourne, also replied to questions with regard to the efforts for a Cyprus settlement. The reunification of Cyprus requires the liberation of the island and the withdrawal of Turkish forces, and should safeguard the right of displaced Cypriots to return to their properties, the House President added.

He said moreover that the Turks pursue the same goals for decades and do not seem to be willing to return anything from what they already “grabbed”, but instead “try to grab more.” Syllouris referred in particular to Turkish actions in the maritime areas around Cyprus and in the region, noting that Ankara “invaded Cyprus’ exclusive economic zone, invades the Greek EEZ, enters into illegal agreements with Libya, while it tries to attempt to establish military bases in other countries.”

“On the one hand, this makes us more pragmatic, not pessimistic” and tells us that if we want to reach a solution, we need to deal with Turkey effectively, in a manner that involves other countries from the region as well, the President of the House said.

Asked about his official contacts in Australia, the President of the House of the Republic of Cyprus said that they concentrate on ushering in a new era of cooperation on all areas, while making use of the means technology has to offer. There is huge potential, as Australians may use Cyprus as a base for their business activity in the entire EU, while both countries are members of the Commonwealth, he added.

Syllouris was also asked about the forthcoming visit of Turkish President Recep Tayyip Erdogan to Australia, and said that the message from his Australia colleagues should be one against war and in favor of peace.

The President of the House also addressed a meeting with members of the Cypriot community in Melbourne and Victoria, and noted that Australians should be aware of the fact that the Cyprus problem is a result of Turkey’s invasion and occupation, involving the violation of human rights.

He said finally that Turkey’s violations will be addressed with composure and prudence, in the framework of cooperation, peace and prosperity.

By In Cyprus
Previous articleMerkel protegee Kramp-Karrenbauer won’t run for chancellor – source
Next article2018 average gross salaries at €1,938 a month, up 2.5% over previous year