House plenary moved to Sunday; guarantees and NPLs on agenda 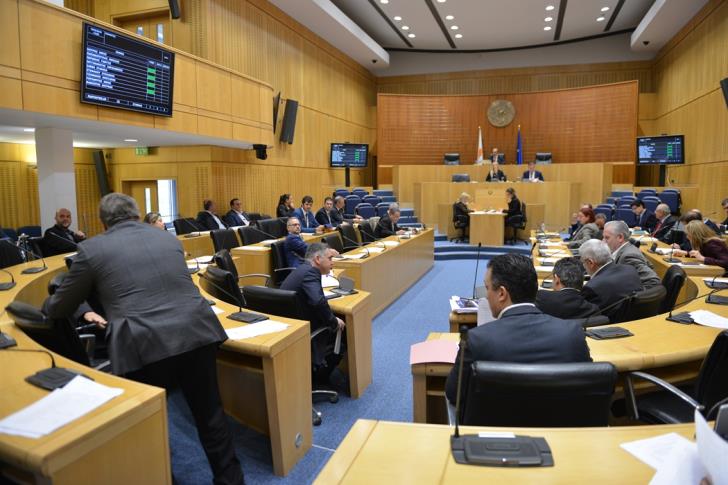 The House plenary session has been moved from Friday to Sunday, with DISY chairman Averoff Neophytou saying that it will examine both the state guarantees for Hellenic Bank as well as six government bills and three additional bill proposals on NPLs and the insolvency framework.

Neophytou, who also chairs the House Finance Committee, spoke to the media after a closed door session of the committee and a meeting of the party leaders with House president Demetris Syllouris.

Reports suggest that the government has managed to secure a majority in the House for state guarantees to Hellenic Bank for possible future losses from its deal with the Co-op. DISY and DIKO, who together number 28 MPs, are expected to vote in favour, while Solidarity was reported to be considering abstaining.

President Nicos Anastasiades was on Thursday holding separate meetings with party leaders as he canvassed for support for the guarantees, which will open the way for the transfer of  the operations of the Cyprus Co-operative Bank to Hellenic.

The package on NPLs, part of an undertaking made by the government to the European Commission and rushed to parliament this week, have been fiercely criticised by Opposition parties  which have already prepared a raft of amendments.