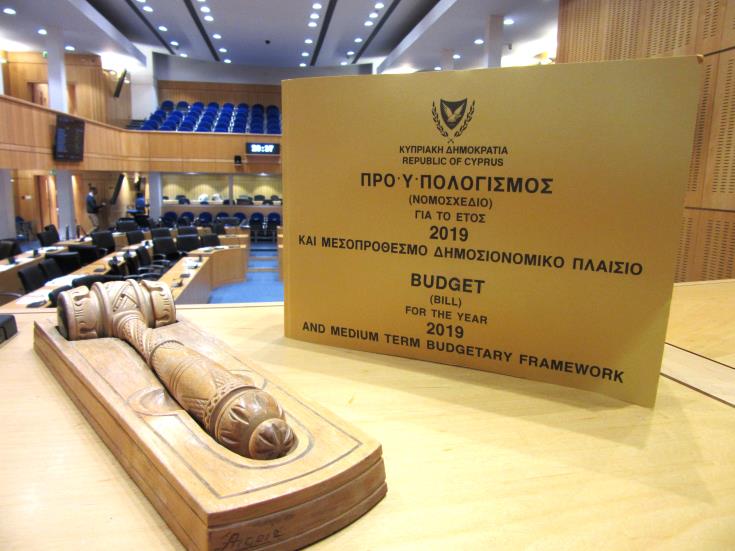 The House of Representatives Plenary on Friday approved by majority voting the 2019 state budget, that provides for a surplus amounting 3% of GDP.

Thirty MPs from ruling Democratic Rally DISY, the Democratic Party and the Solidarity Movement voted in favour and 24 from left-wing AKEL, the Social Democrats Movement EDEK, the Citizens` Alliance, the Movement of Ecologists – Citizens’ Cooperation (the Greens), the National Popular Front and independent MP Anna Theologou voted against.

Speaking to the press after the voting, Finance Minister Harris Georgiades expressed his satisfaction over the budget’s approval.

“This is a balanced budget for the sixth consecutive year,” he said, adding the budget provides fiscal space for some tax cuts and for the
implementation of new projects and reforms.

“Above all it is a budget that constitutes a tool for the broader effort to continue the path of growth of our economy,” he added, noting the approval of the 2019 state “budget secures stability and positive prospects.”

The 2019 state budget provides for revenue amounting to €8.55 billion and expenditure amounting to €7.91 billion. The fiscal surplus is estimated at €640 million or 3% of GDP. The Central Government primary expenditure (excluding debt servicing costs) amount to €6.27 billion.

The government incorporated to the budget a total of 51 amendments which increase public spending by 16 million.

The Plenary marked the funds for the “ESTIA” scheme a programme aiming to subsidise repayments plan for borrowers with non-performing loans that are secured by primary residences, and slashed operating expenditure and expenditure for advisory services by 5% respectively, while voted against expenditure associated with privatisations. Marked funds can only be disbursed after a written consent by the Parliamentary Committee of Financial and Budgetary Affairs.