Hotel occupancy rate in Cyprus at 58.6% 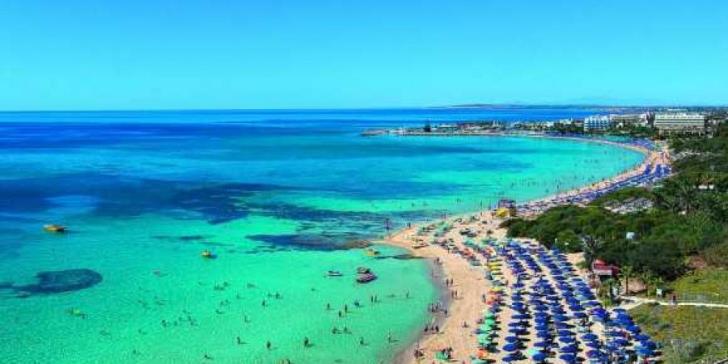 Cyprus may be buoyed by record tourism numbers, but overnight stays and gross bed occupancy give another picture, according to the latest data released by the Deputy Ministry of Tourism.

Specifically, January to November 2018 figures show that the gross occupancy of beds in licensed accommodation was at 58.6% – an increase of only 1.3% compared to the same period the year before. An example is the free area of ​​Famagusta where the net occupancy was at 98% and the gross at 63.4%.

Figures show a difference as regards overnight stays in licensed accommodation between permanent residents and foreigners.

Compared to last year, Nicosia, Limassol and Larnaca are low in preference when it comes to permanent residents. The fall in arrivals in the capital reached -8.2%. Limassol saw marginal drop of -0.1% and Larnaca of -4.3%. On the contrary, Paphos, Famagusta and the mountainous resorts are doing well. In Paphos, the increase reached 10.1%, in Famagusta 36.8% and in the mountains 18.8%.

For years now, foreigners have been giving a vote of confidence to licensed accommodation throughout Cyprus except the capital. In Limassol and Larnaca the increase is at + 4%, in Famagusta + 6% and in Paphos and in mountainous resorts above + 13%.

Overnight stays, however, give a different picture and this means that despite the high number of tourists to the island, the days they stay over are not that many. Rates of overnight stays are lower than arrivals, by both Cypriots and tourists. Overnight stays by foreigners grew by only 2.6%, while arrivals grew by as high as 8.5%.