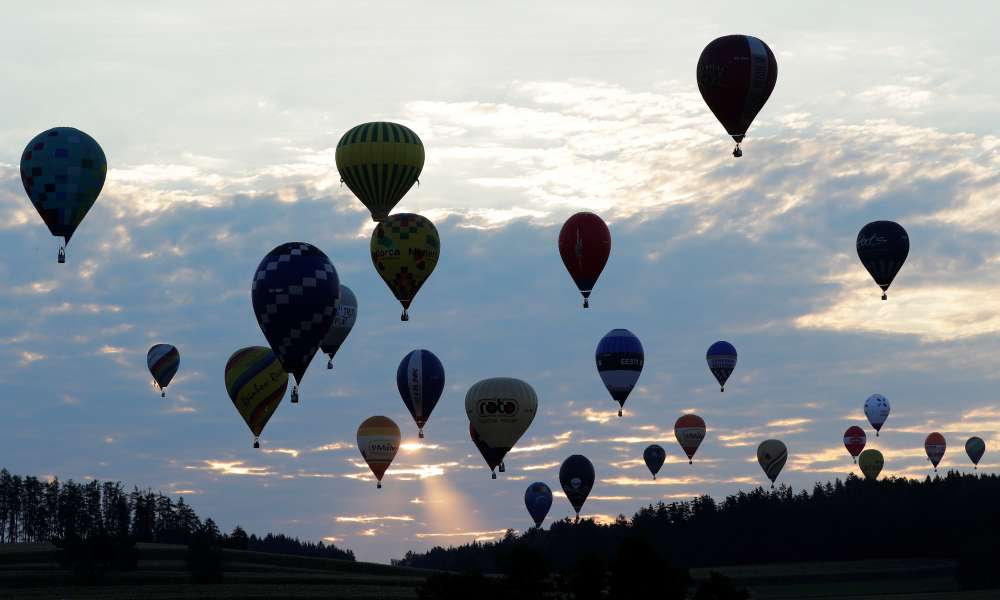 The northern Austrian sky was filled with colourful hot air balloons early on Monday morning as the sport’s world championship sailed into view.

Around 100 teams from more than 38 countries are taking part in the biennial event, which is being held in Gross-Siegharts near the Czech border. 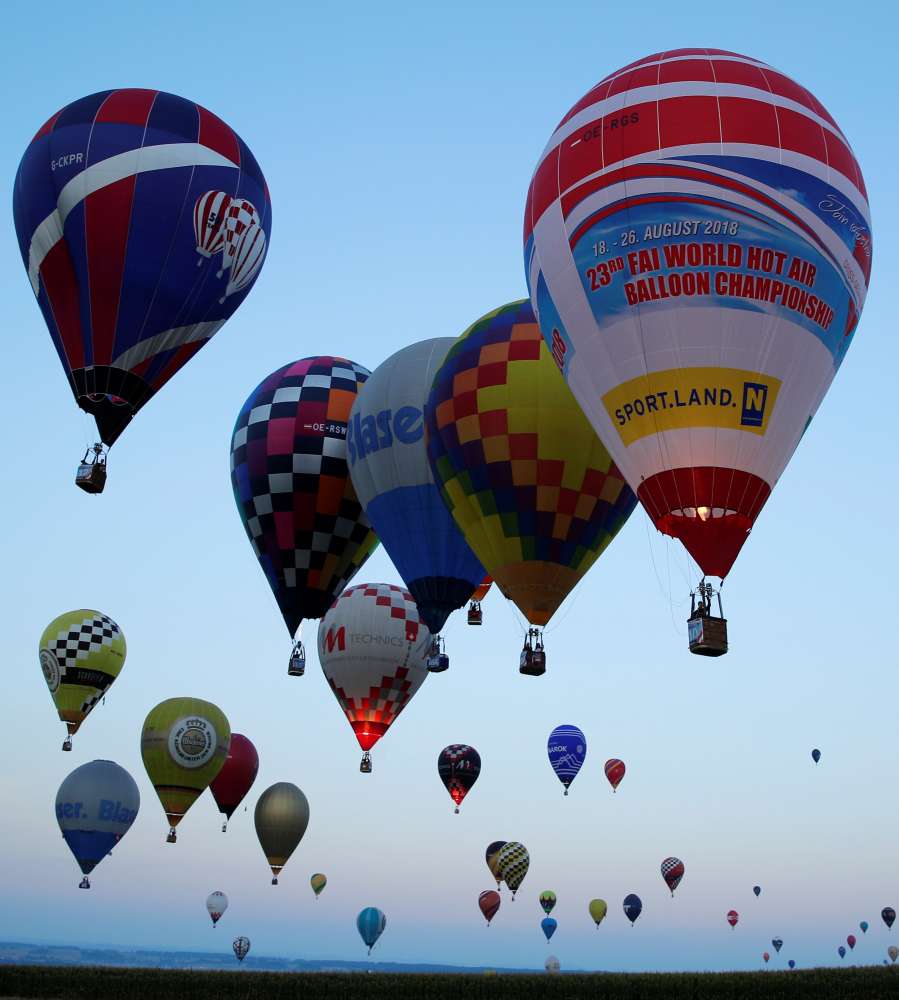 Competitive ballooning test pilots’ skills in distance, speed and navigational precision, according to the World Air Sports Federation that oversees the sport.

Each flight is scheduled for 5 a.m. (0300 GMT) and 5 p.m. when light winds usually allow for safer take off and landings. The event runs until Friday