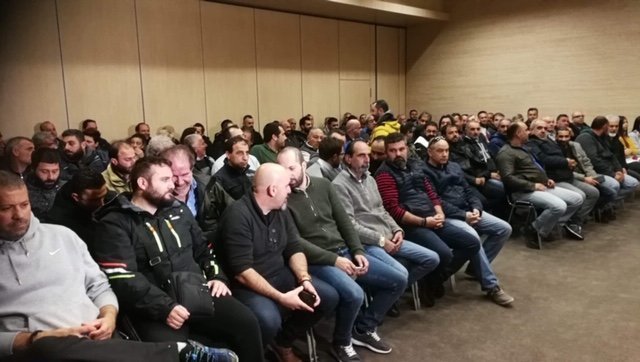 There are hopes the bus strike in Paphos will soon end after an emergency meeting of employees,. philenews reports.

It said that at a marathon meeting today, employees voted by secret ballot to explore Transport Ministry proposals that a new company take over the contract for the district, while retaining current staff.

The bus employees have been on strike since last Wednesday demanding their December wages as well as guarantees that they will be paid on time each month.

Philenews said that the employees’ decision effectively means the start of procedures to end the contract with the current company and the search by the ministry for a new company, with the consent of employees.

It said that the ministry has given written assurances that employees will not be victimised by the change and that they will be transferred to the new company that will take over public transport in Paphos.

After the vote, employees said they were available to provide a service to Paphos pupils.

Earlier, Paphos high schools parents association called on pupils at the three schools most affected by the strike  ( Ayios Charalambos Lyceum, Emba Lyceum and Polis Chrysochous Technical School) to abstain from  school all day tomorrow. It also urged all pupils to abstain from class for two hours on Friday.

By In Cyprus
Previous articleChina warns state firms to avoid travel to U.S. – Bloomberg
Next articleTotal social cost of illegal substances at 0.33% of GDP, study shows