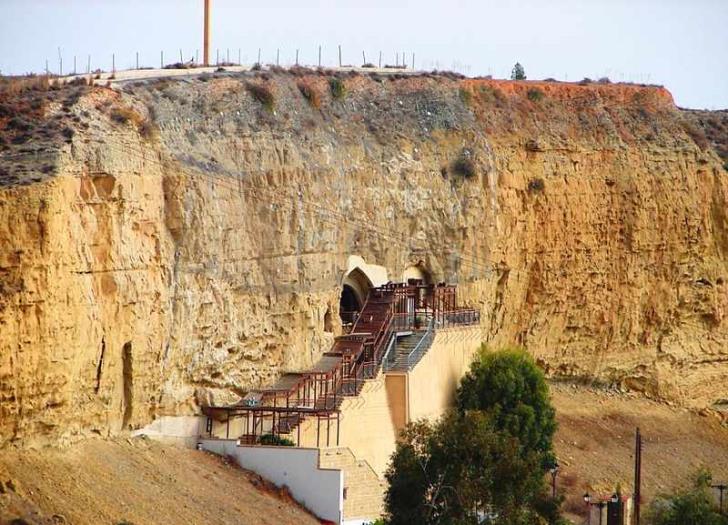 First indications from studies being carried out by the Geological Survey Department in the area of the Chrysospiliotissa cave – where a petrol station is under construction — appear to confirm earlier findings that there are no signs of a risk of collapse, Phileleftheros reported on Saturday.

Residents in the area have staged protests saying the historic cave housing the church near Kato Deftera on the outskirts of Nicosia was in danger of collapse because of the construction of a petrol station above it.

Costas Constantinou, director of the Geological Survey Department told Phileleftheros that checks were continuing because of the religious and archaeological significance of the church.

To the observation that the area above the cave had been included in a residential zone, he said that the construction of buildings above the church would not be allowed.

Meanwhile, Edek MEP Demetris Papadakis has submitted a written question to the European Commission on the danger of collapse of the cave. Papadakis noted that the church was one of the most ancient monuments in Cyprus with rare frescoes and is listed as a UNESCO protected monument.

He argued that no permit can be issued without prior studies by the Antiquities and Geological Survey Department.

The MEP also asked the European Commission to take all necessary action to save the cave and the church which are part of the cultural heritage of Cyprus.

By In Cyprus
Previous articleScattered showers today with weather clearing in the afternoon
Next articleStatistical Service estimates 2018 GDP growth at 3.9%