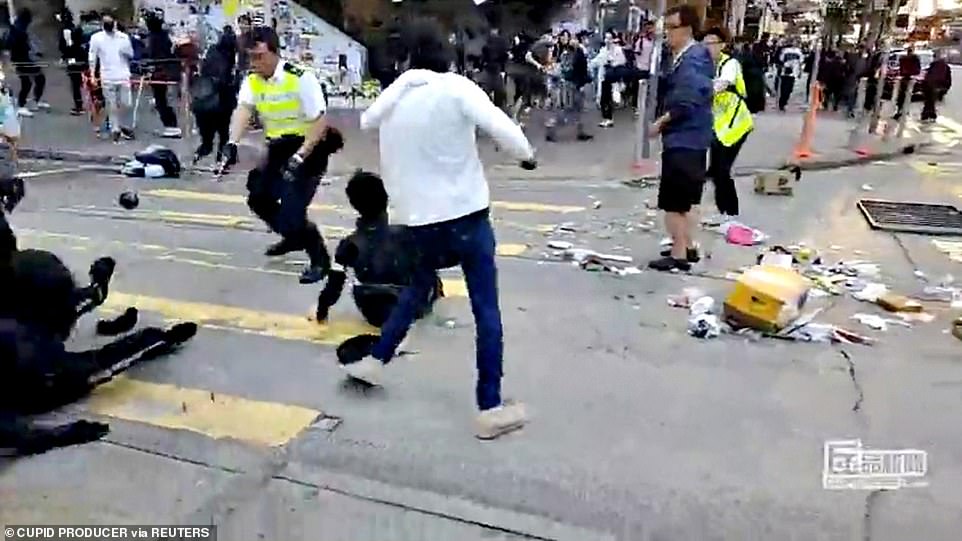 A Hong Kong police officer shot a masked protester at point blank range in a shocking skirmish broadcast on Facebook Live, igniting clashes across the city and renewed fury towards the force as crowds took to the streets to block roads and hurl insults at officers.

The outbreak of violence happened on Monday morning at a blockaded junction in Sai Wan Ho in rush hour as a police officer attempted to arrest a masked man during a wild scuffle in the city’s 24th straight weekend of pro-democracy demonstrations.

Footage showed the policeman drawing his sidearm as a second man moved towards the officer in an attempt to liberate his comrade.

The protester appeared to take a swipe at the officer’s pistol and just moments later he opened fire, hitting the masked demonstrator in the torso.