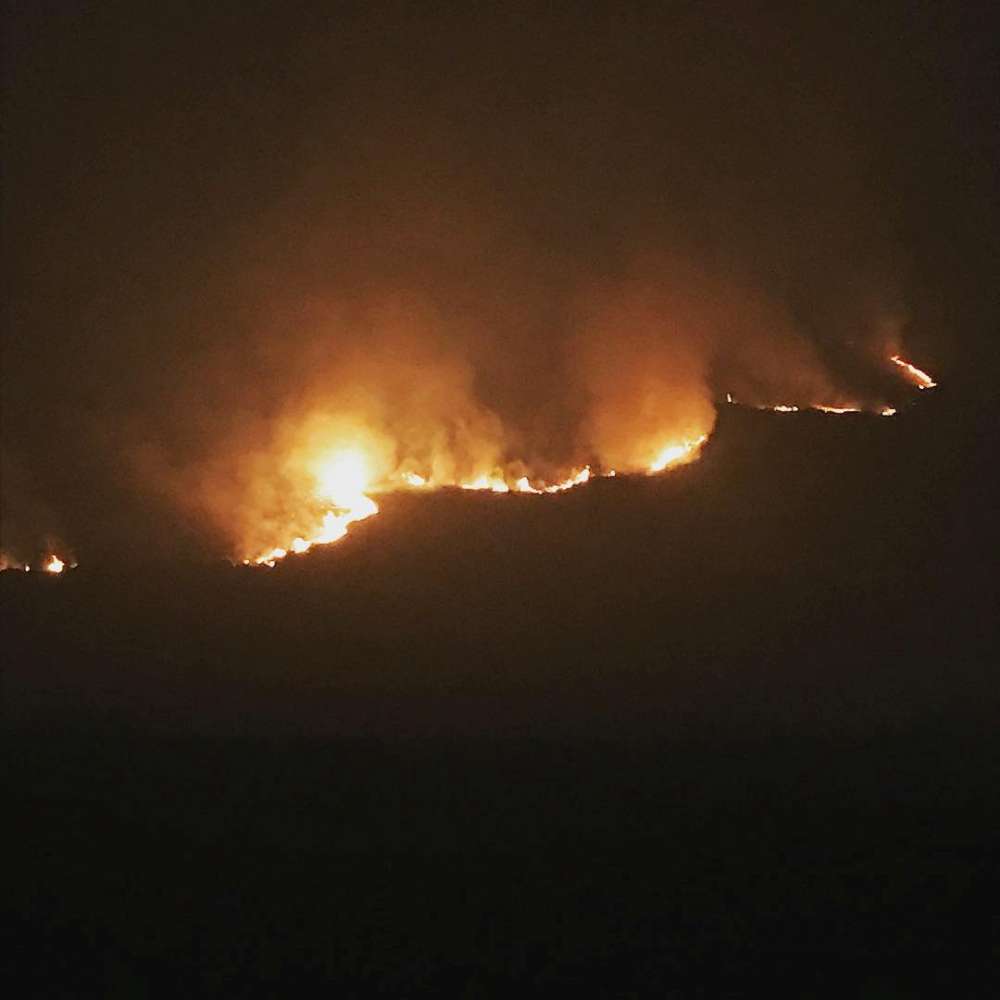 More than 30 homes have been evacuated near Greater Manchester in northern England as firefighters battle a blaze which has been spreading for days in hot weather across the hills of Saddleworth Moor.

Greater Manchester Police said on Wednesday that an area 6 kilometres long had been affected and it had evacuated 34 homes in the village of Carrbrook to the west of the blaze.

The fire has been declared a major incident. Local schools will be closed on Wednesday with residents advised to stay indoors and keep windows and doors closed. The army is on standby to step in to help if required, the police said.

Hot weather and a wind over the last three days have caused the fire to spread and police said that its size and the fact they have limited road access to the rural area made it difficult to tackle.

“The plan today is to try and really, really put some resource on the scene and put a really heavy attack on this fire and if that needs military assistance then that’s what we’ll consider,” a spokesman for Greater Manchester Police told Sky News.

Police said they had not yet established the cause of the fire.