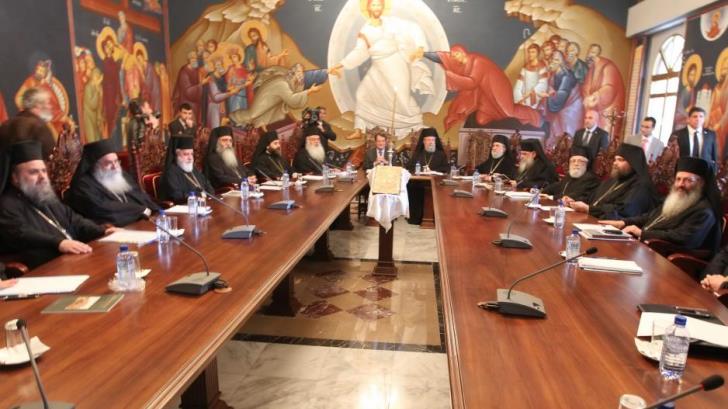 The Cyprus Archbishop on Monday will preside a Holy Synod to primarily discuss his recent recognition of the independence of the Orthodox Church of Ukraine – an issue that has split the island’s clergy. But the matter is very unlikely to be put to a vote.

Archbishop Chrysostomos was strongly criticised by most bishops late in October for commemorating Metropolitan of Kiev and of Ukraine, Epifany, thus recognising the autocephalous of the Church of Ukraine.

The Archbishop admitted that he had not discussed his decision with the members of the Holy Synod and they had known nothing about the coming commemoration.

Metropolitans Athanasios of Limassol, Nikiphoros of Kykkos, Isaiah of Tamassos and Nicholas of Amathounta issued a joint statement, condemning the Archbishop’s act as a “gross violation of the conciliar, collegial and democratic order of our Orthodox Church and of the way in which the Orthodox Church functions on the basis of this system.”

They had also called upon him to cancel immediately his anti-canonical and invalid action.

The statement also said that the granting of “autocephaly” by the Patriarchate of Constantinople to the Ukrainian schismatics “is an arbitrary, uncanonical and anti-church action since the Ukrainian Orthodox Church is under the jurisdiction of the Moscow Patriarchate.”