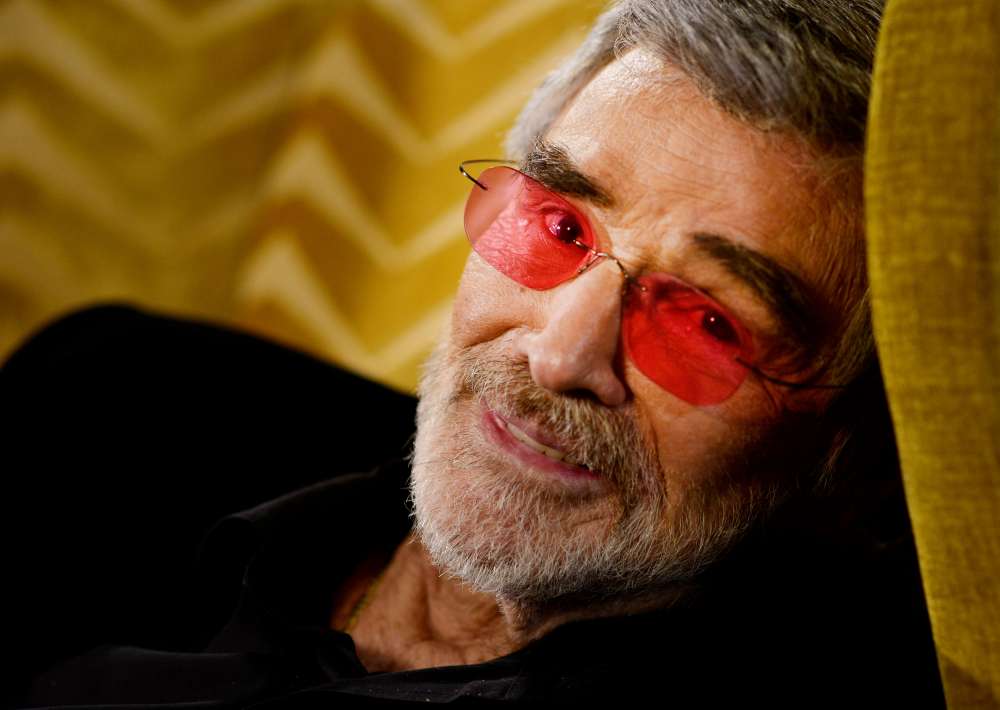 Burt Reynolds, whose good looks and charm made him one of Hollywood’s most popular actors as he starred in such films as “Deliverance,” “The Longest Yard” and “Smokey and the Bandit” in the 1970s and ’80s, died on Thursday at age 82.

Reynolds, who was set to appear next summer in the all-star cast of director Quentin Tarantino’s next film, died in the morning at a hospital near his South Florida home, according to his manager, Erik Kritzer.

A caretaker for Reynolds at his estate in Hobe Sound, north of Palm Beach, was heard telling an emergency dispatcher that the actor was having chest pains and breathing difficulties in an audiotape of the call released by the Martin County Sheriff’s Department.

The actor was later pronounced dead at the Jupiter Medical Center.

“It is with a broken heart that I said goodbye to my uncle today,” Reynolds’ niece Nancy Lee Hess said in a statement issued through Kritzer.

While acknowledging that Reynolds had a history of health issues – he underwent quintuple heart bypass surgery in 2010 – Hess called her uncle’s death “totally unexpected.”

“My uncle was not just a movie icon; he was a generous, passionate and sensitive man, who was dedicated to his family, friends, fans and acting students,” Hess said.

At the peak of his career, Reynolds was one of the most bankable actors in the film industry, reeling off a series of box-office smashes until a career downturn in the mid-1980s.

With his trademark mustache, rugged looks and macho aura, Reynolds was a leading male sex symbol of the 1970s. He famously appeared naked – reclining on a bearskin rug with his arm strategically positioned for the sake of modesty – in a centerfold in the women’s magazine Cosmopolitan in 1972.

Reynolds’ personal life sometimes overshadowed his movies, including marriages that ended in divorce to actresses Loni Anderson and Judy Carne and romances with Sally Field and Dinah Shore, among others. His financial woes and his struggles with prescription pain medication also generated attention.

Reynolds cited director John Boorman’s Oscar-nominated 1972 “Deliverance” as his best film and said he regretted that the hoopla from his Cosmopolitan appearance detracted from the movie that made him a star. He played tough guy Lewis Medlock – opposite Jon Voight, Ned Beatty and Ronny Cox – in the chilling tale of a canoe trip gone bad in rural Georgia.

Many of Reynolds’ films were set in the South. He often played a lovable rascal who outwits local authorities, as in director Hal Needham’s 1977 crowd-pleasing action comedy “Smokey and the Bandit,” co-starring his then-girlfriend Sally Field and Jackie Gleason, and its two sequels.

Another of his memorable performances was that of a former pro quarterback who lands in prison and assembles a team of convicts to play the warden’s squad of brutal prison guards in 1974’s rollicking “The Longest Yard,” directed by Robert Aldrich. He appeared in a supporting role in 2005’s remake with Adam Sandler.

While some of his performances were critically praised, others were ridiculed, particularly in the bloated action comedy “Cannonball Run II,” a sequel to his financial success “The Cannonball Run” (1981). He also starred in the notorious 1975 musical flop “At Long Last Love,” a film so atrocious that director Peter Bogdanovich publicly apologized for making it.

Reynolds turned down some notable roles, including Han Solo in “Star Wars,” which went to Harrison Ford; the title role in a James Bond film; and the astronaut in “Terms of Endearment” that Jack Nicholson turned into an Oscar-winning performance.

Reynolds said in 2012 that he regretted some of his film choices. “I took the part that was the most fun – ‘Oh, this will be fun.’ I didn’t take the part that would be the most challenging,” he told television interviewer Piers Morgan.

Asked to come up with his own epitaph, Reynolds replied: “He lived a hell of a life, and did his best – his very best – not to hurt anybody.”

Burton Leon Reynolds Jr. was born on Feb. 11, 1936, and grew up in Florida. He played football at Florida State University in the 1950s before his professional football hopes were dashed by injuries suffered in a car crash.

He began acting after enrolling in a junior college. He moved to New York and landed minor stage and TV roles before making his film debut in 1961. Reynolds often was cast in Westerns, including the popular “Gunsmoke” TV series in the 1960s.

In 1972, the same year “Deliverance” was released, he showed versatility by also starring in Woody Allen’s comedy “Everything You Always Wanted to Know About Sex * But Were Afraid to Ask.”

Reynolds starred in romantic comedies as well, including “Starting Over” (1979) with Jill Clayburgh and Candice Bergen, and in the musical comedy “The Best Little Whorehouse in Texas” (1982) with Dolly Parton.

His film career stalled in the mid-1980s with several misfires and he was never again a leading movie star.

Reynolds turned to television and had a successful run on the situation comedy “Evening Shade,” co-starring Marilu Henner and Charles Durning.

The actor was due to appear with Brad Pitt, Leonardo DiCaprio, Margot Robbie and Al Pacino in Tarantino’s upcoming period drama “Once Upon a Time in Hollywood,” set in 1969 Los Angeles around the time of the Charles Manson murders.

According to Variety, production began this summer but Reynolds had not been expected to shoot his scenes until the end of this month. The film is slated for release next August.

By In Cyprus
Previous articleDutch FM hopes for resumption of Cyprus talks, is convinced a settlement can be reached
Next articlePassengers fall ill on 2 flights from Europe to Philadelphia