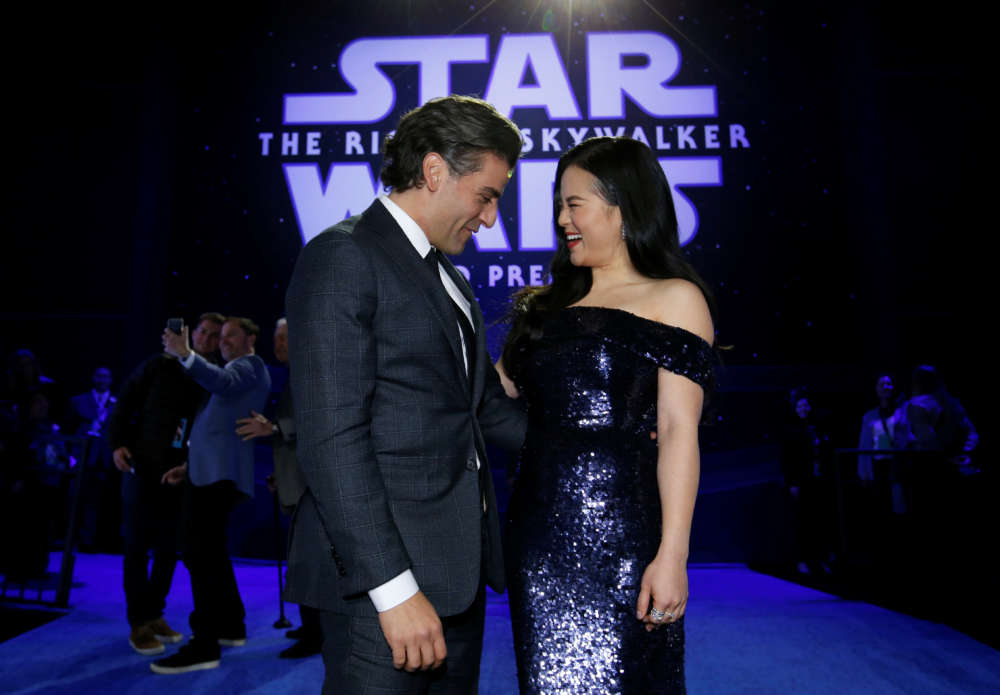 Colourful droids and armour-clad stormtroopers rubbed shoulders with Hollywood VIPs on Monday at the world premiere of “Star Wars: The Rise of Skywalker,” the ninth and final movie episode in the sci-fi fable of a celebrated Jedi master.

Walt Disney Co closed off an entire city block in the centre of Hollywood to host the celebrity-studded debut screening of the highly anticipated film, which opens for the general public in theatres around the world on Thursday.

Actor Harrison Ford, whose Hans Solo character died in the 2015 instalment “The Force Awakens,” joined the celebration. Adam Driver, returning in “Rise of Skywalker” as Solo’s progeny turned knight of the Dark Side, Kylo Ren, was also on the guest list.

“Rise of Skywalker” caps a blockbuster film series that ranks as the second-highest-grossing movie franchise of all time, with more than $9.2 billion in ticket sales.

It concludes a story that began 42 years ago, in 1977, when filmmaker George Lucas introduced a young hero named Luke Skywalker and delighted audiences with a galaxy of metallic robots called droids, a race of tall, furry warriors known as Wookiees and a host of other eclectic characters.

Princess Leia returns in the new movie – despite the 2016 death of Carrie Fisher, the actress who played her – by way of a storyline crafted by filmmakers from unused footage of the performer from “The Force Awakens.”

While the latest film brings the saga of the Skywalker family to an end, Disney plans future “Star Wars” movies with new characters starting in December 2022. The company also is running a “Star Wars” television series on its streaming service, Disney+, and is developing at least two more.

By In Cyprus
Previous articleAustralian boy, 12, drives brother’s truck to flee fires with dog
Next articleShadow economy in Cyprus on the rise