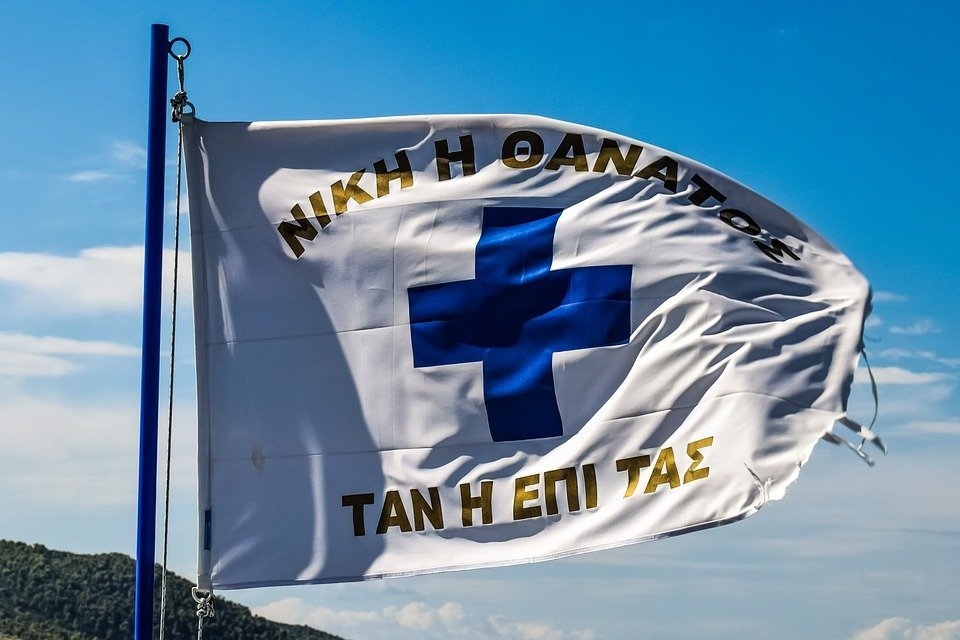 Outdoor exhibition in the historical centre of Old Nicosia and virtual exhibition at the Bank of Cyprus Cultural Foundation commemorates the 200th anniversary of the Greek Revolution.

A special exhibition to commemorate and honour the heroes of 1821 in the context of the celebrations to mark the 200th anniversary of the Greek Revolution is organized by the Bank of Cyprus Cultural Foundation, the Sylvia Ioannou Foundation and the Municipality of Nicosia.

Two centuries after the national palingenesis or rebirth, the historical centre of old Nicosia (Bank of Cyprus Cultural Foundation, Faneromeni, Ledra and Onasagoras Street, Eleftheria Square) hosts an impressive outdoor exhibition that puts the spotlight on those who fought and died for freedom.

The exhibition showcases 22 paintings that depict emblematic figures from a total of 320 portraits sketched by Benjamin Mary (1792-1846), diplomatic representative of Belgium to Greece.

The drawings were made from life, mostly in Athens, between 1839 and 1844. They are exhibited for the first time, acquainting the beholder with known and unknown personalities of the Greek Revolution and of Greece under king Otto, through the sensitive, penetrating gaze of a European artist.

Fighters, politicians, clergymen, intellectuals, philhellenes and ordinary people pose patiently for Benjamin Mary, who succeeds in capturing their mien at a unique moment in History.

Among those shown in the portraits are: Th. Kolokotronis, Nikitaras, L. Koundouriotis, I. Makrygiannis, Ch. Chatzipetrou, British philhellene G. Finlay, P. Notaras, Th. Farmakides, the Cypriot N. Theseus, B. Petimezas, A. Mavromichalis, E. Salafatinos, I. Kolettis, I. Karatzas, D.N. and K. Botsaris and others.

Further historical evidence as well as information about the depicted persons are included in the publication of the Sylvia Ioannou Foundation and the Historical and Ethnological Society of Greece – National Historical Museum: History has a face – Figures of 1821 in Otto’s Greece by the Belgian diplomat Benjamin Mary (Athens, 2020).

To find out more, visit the website of the Cultural Foundation