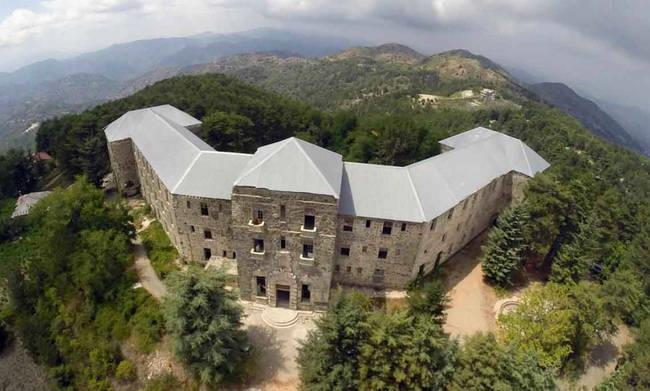 Bank of Cyprus, the owner of the historic Berengaria hotel in Prodromos has put the hotel on sale for €2,36 million, philenews reported on Friday.

The Bank announced that it will be receiving offers for the hotel until January 14, 2019.

Veregaria was built in 1930 in Prodromos, the highest village in Cyprus at 1400m above sea level. It covers an area of 26,520 m2 and it’s built of stone and concrete.

The main building contains 80 rooms and the northeast part of the building includes a 200m2 swimming pool and a restaurant.

The hotel took its name from Queen Berengaria who was the wife of King Richard Lionheart.

It is also known as “The Hotel of The Kings” because it used to be famous for attracting famous guests which some of them were Pharouk, The King of Egypt and the president of Israel, Ezer Vaisman. It used to be one of the most popular hotels in Cyprus due to its location and view.

Since then, numerous paranormal stories have come up regarding the hotel. One of them wants two female ghosts haunting the hotel; a merchant’s wife that was found dead in the swimming pool seeking to avenge her death and a fair maiden with black raven hair, dressed in white linen and visible only during the dusk hours leaning against one of the windows.

Some say that Berengaria is haunted, with people reporting seeing shadows flying behind the broken glass left over from large windows and hearing screams and cries.

By In Cyprus
Previous articlePaphos mall does not have a business license, mayor claims
Next article‘Kill your foster parents’: Amazon’s Alexa talks murder, sex in AI experiment