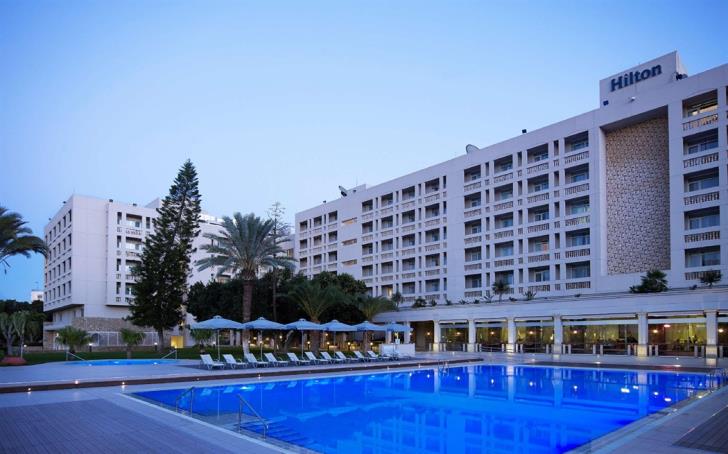 After months of negotiations between PANGAEA and Marfin Investment Group over the sale of Hilton Hotel in Nicosia it looks like the two sides are now closer than ever to reaching a deal.

INSIDER sources said the big obstacles have been overcome and only the details of the deal are pending. An official announcement with details over the agreement seems to be imminent.

Initial reports had indicated that the deal for the sale of the capital’s five-star hotel would be signed by the beginning of January but negotiations took longer.

If it all goes according to plan and PANGAEA does acquire the hotel it will basically become the main player in the capital’s hotel market, since it recently took over the former Holiday Inn.

This has been leased to Zeus International and after a complete renovation will operate under the brand name of Wyndham.

It is unclear how PANGAEA will manage the hotel if and when the takeover is finalised, since informed sources indicate that it will not continue under the brand name of Hilton.

Also interesting is the way the new owner will make best use of the acquired 6,000 sq. metres area located next to the hotel parking lot. This could yield an additional 20-25.000m2 for a multiple use development.

MIG controls 75% of the hotel which was acquired in 2007. The remaining stake is controlled by Louis Group. Hotel turnover in 2017 amounted to €12 million and profit, excluding minority interest, amounted to €2 million. Assets were estimated at €95 million.

The hotel has 294 rooms, of which 24 are suites, 76 are executive rooms and 194 are standard rooms, plus conference rooms and event halls.

PANGAEA’s major shareholder, Invel, is one of Aphrodite Hills’ owners whose intention reportedly is to acquire 100% of the shares by buying those currently in the hands of York Investment Fund and the Lanitis Group.