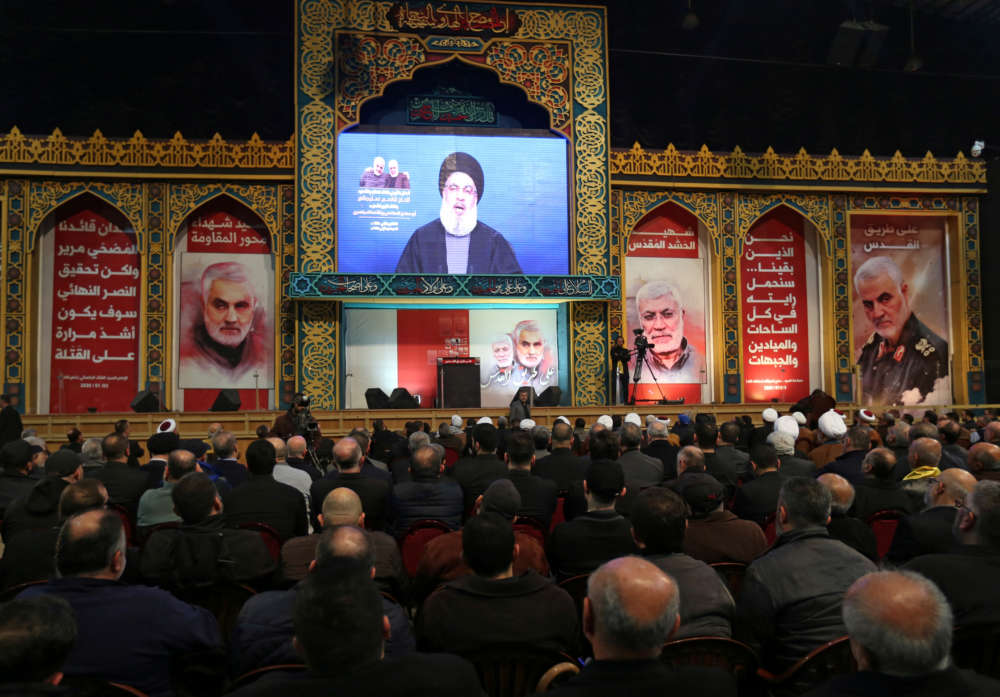 Hezbollah leader Sayyed Hassan Nasrallah said on Sunday he had warned Iranian Major General Qassem Soleimani of the risk of assassination and met him in the Lebanese capital Beirut on New Year’s Day before he was killed in a U.S. attack in Baghdad.

Nasrallah, in a speech commemorating Soleimani, said he had told Iran’s pre-eminent military commander some time ago of concern for his life. Soleimani was killed on Friday in a targeted U.S. drone strike on his convoy at Baghdad airport.

“I told him … there is great focus on you in the American media, press and magazines and they’re printing your pictures on the front page as ‘the irreplaceable general’, this is media and political priming for your assassination,” Nasrallah said.

“Of course he laughed and told me, I hope so, pray for me.”

Founded by Iran’s Revolutionary Guards in 1982, Hezbollah is a critical part of an Iranian-backed regional military alliance which Soleimani was instrumental in expanding as leader of the Quds Force.

Nasrallah said Soleimani had visited him in Beirut on Jan. 1. “He just said ‘I’ve come to say hello and have a chat,’ and I told him this was a beautiful start to the Gregorian new year,” Nasrallah said.

The 62-year-old major general was regarded as the second-most powerful figure in Iran after Supreme Leader Ayatollah Ali Khamenei.