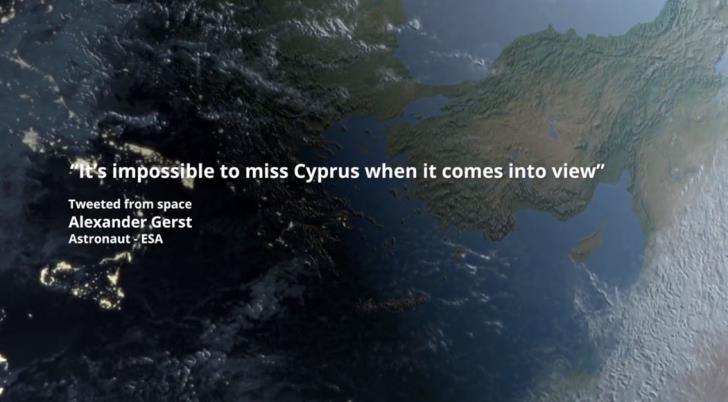 Hermes Airports have shared a video showcasing the beauties of Cyprus, narrated by soprano Aliki Chrsyochou and opening with German astronaut Alexander Gerst’s message: “It is impossible to miss Cyprus when it comes into view.”

Titled ’72 hours in Cyprus’, the nearly eight minutes video sees Limassol-born Aliki touring much of the island in order, as she says “to show you how much life you can squeeze into 72 hours on this island.”

Aliki, who recovered from a rare form of encephalitis to explode onto the the global music scene in 2013 after her success in the 7th season of Britain’s Got Talent, starts her journey at Larnaca Airport, travelling to Paphos, the Troodos Mountains, Limassol, Nicosia and of course Ayia Napa as  well as other well-known spots such as Liopetri as she introduces many of the island’s beauties.

The video was screened during the Airports Council International (ACI) Europe Annual Assembly & Congress held on June 26-27 in Limassol.

Chrysochou was born in Limassol. Dubbed a child prodigy, and growing up in a family where music played a major role, at the age of three, Aliki started piano lessons and by the time she was seven her love for classical music grew and joined Cyprus’ most prestigious choir production company where she performed as a soloist for many years, in theatres both in Cyprus and all over Europe.

She graduated from Sheffield University with a Bachelor of Music, majoring in both piano and voice. After completing her musical studies in the UK, Aliki moved to New York City where she studied Musical Theatre and Drama at HB Studio with a scholarship. In addition, Aliki followed further classical studies with renowned teachers and coaches from Juilliard School and the conductors of the Metropolitan Opera.

Aliki has performed in concerts as a soloist with various orchestras and choirs in countries around the world, including the USA, Canada, Mexico, Canary Islands, Greece, and the U.K. She has also performed many concerts with the National String Quartet and the Cyprus Symphony Orchestra and has participated in various International Competitions with considerable success.

At the end of her first year of studies and whilst preparing to perform her first Operatic role in Spain she contracted a rare form of encephalitis. After months of medical care and an exhausting feat through mental and physical disability which had impaired central communicational interaction, Aliki only found herself  on the road to recovery when she started articulating extracts of musicals plays and opera that her mother would sing to her.

At her website notes, singing became perhaps the only remedy and classical music proved the main healing source to her condition.