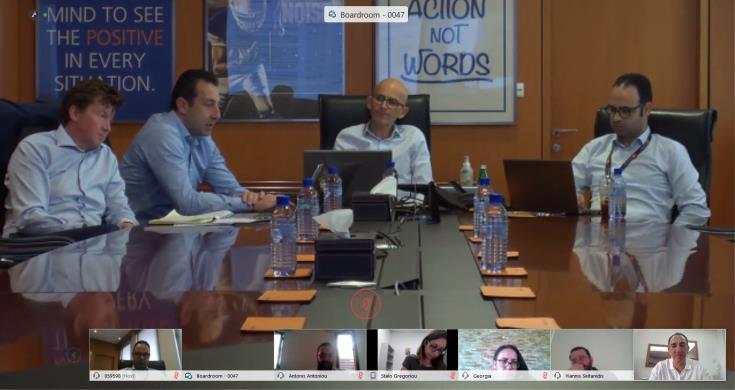 Hellenic Bank, Cyprus second largest lender, announced net profits of €108 million for 2019 with its Chief Executive Officer, Ioannis Matsis, stating that the bank is “on solid foundations and after the work done in the last two years became stronger to tackle significant challenges” such the Covid-19 pandemic.

Its NPL ratio excluding loans covered by the Asset Protection Scheme, granted by the government in 2018 as part of the acquisition of the Cooperative Cyprus Bank performing balance sheet, amounted to 25%, and a liquidity coverage ratio of 512%, placing the banks among the top 5 banks in the EU, concerning liquidity, the bank said.

In a comment, Matsis said “the coronavirus outbreak has emerged as an unprecedented health crisis around the world and is mutating into a significant economic shock to global economy, Cyprus inclusive,” assuring however that “Hellenic Bank is on a solid footing and, importantly, during the last two years has become more robust and better equipped to withstand the challenges we face, such as the current crisis. Hellenic Bank stands ready to support its viable clients, households and businesses, affected by the Covid-19 crisis.”

However, speaking to a teleconference, Matsis noted that banks will face in increase mix of risks in 2020 due to the coronavirus pandemic.

He referred to increased provisions and increased inflow of new NPLs, while a programmed NPL sale has been postponed due to the pandemic. “Investors have left the table for the time being, while the organic NPL reduction (such as early repayments and debt to asset swaps) will be hampered due to borrowers reduced capacity to settle their loans.”

But Matsis noted that the bank’s position as the island’s biggest retail bank render the institution less vulnerable compared to peers with increased exposure on corporate loans.