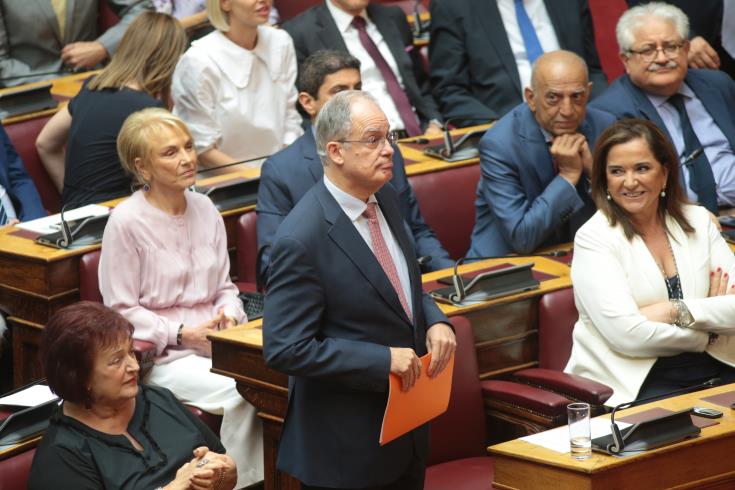 Hellenic Parliament President Constantine Tassoulas is paying Cyprus this week an official visit, his first visit abroad since his election.

During his stay the Greek official will be received by Cyprus President Nicos Anastasiades and by Archbishop of Cyprus Chrysostomos.

He will also have a meeting with House of Representatives President Demetris Syllouris, who will host an official lunch in his honour, the press release adds.

Tassoulas will have separate meetings with leaders and representatives of parliamentary parties and Foreign Minister Nikos Christodoulides.

He will also visit the military cemetery in Makedonitissa, the graves of EOKA 1955-1959 liberation fighters within the premises of the central prison and a military camp of ELDYK, the Hellenic force in Cyprus, in Malounda.

On Friday, he will address the House of Representatives plenary.