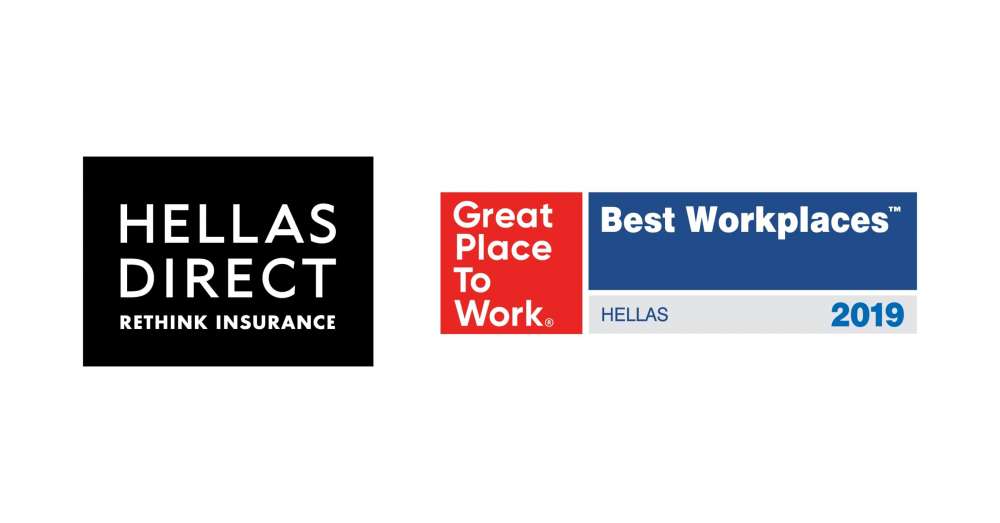 Insurance company Hellas Direct has been named as one of the 25 best workplaces in Greece, for 2019.

The survey, held for the 17th consecutive year by Great Place to Work, is the largest annual assessment of workplaces in the country.

Companies participate voluntarily and the assessment of their workplace is based upon confidential and anonymous feedback given by employees through a questionnaire. Based on this feedback, and after evaluating each company’s people practices, a specialized panel distinguishes the winners.

This is the second time that Hellas Direct wins the Best Place to Work award. However, this year, Hellas Direct was participating as a medium size company (50-250 employees).

According to Hellas Direct, its team consists of 97 people including four PhDs, a stand-up comedian and a bee-keeper. The average age of its employees is 31 years old and 40% are women – more women in key positions than any other company of its sector.

Hellas Direct is set on reversing the brain drain by offering solid incentives to talented people who’ve pursued a career abroad. Relocation bonuses. Scholarships. Career opportunities inside or outside the company. At the same time, it remains close to academia and takes initiatives, such as foundations, lectures and awards, to advance academic excellence.

The company is also innovative in its hiring process: three rounds of interviews, during which the candidate meets at least 6 members of Hellas Direct, including its two founders.

“Hellas Direct has adopted a fluid, evolving team structure, based on transparency: small, committed, multi-functional teams, working together and using online communication platforms. This way, each team member, regardless of their role, has access to all information concerning the company, its goals and next steps. Initiative is strongly encouraged. And often, such initiatives evolve into projects, and in turn, projects can evolve into new departments,” the company says.

“We are really proud of Hellas Direct’s recognition as a Best Workplace, since the very model of Hellas Direct is based on the culture of its people. This is why we hire smart, passionate people with the drive to change the world. We encourage them to rethink everything, challenge all assumptions and take nothing for granted. We train them, support them and get out of their way”, commented Alexis Pantazis, Executive Director of Hellas Direct.

“This award is an honoring recognition of the hard work our team has put over the years to create the ideal work environment, in which each one can pursue their goals and dreams and evolve. We are thrilled and really proud of our team”, said Emilios Markos, Executive Director of Hellas Direct.