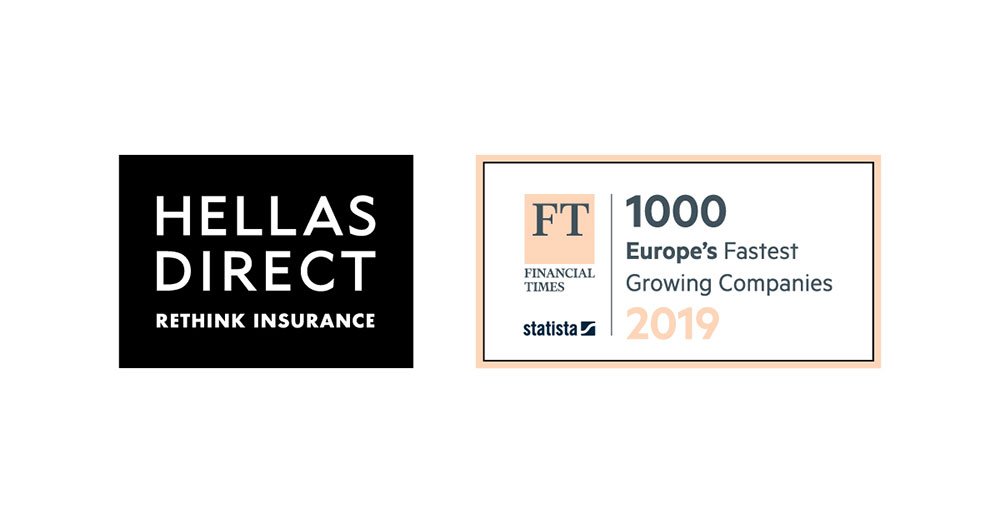 Hellas Direct, a next-generation insurance company, has been ranked in the 1000 fastest growing companies in Europe for 2019 by the Financial Times.

It is the first time a Cyprus-based company is included in the list since its launch. Furthermore, Hellas Direct is the first insurance company operating in Greece that is selected among thousands of companies.

For the third consecutive year, data collected by Statista compiled the FT 1000 ranking list of the fastest growing companies in Europe. Ratings for 2019 were based on the companies’ annual growth rate in revenue between 2014 and 2017. Tens of thousands of companies were invited to participate in the ranking process based on data from public sources as well as companies’ own databases.

This distinction comes just months after Hellas Direct entered the market with an innovative home-insurance offering, in partnership with Swiss Re, one of the world’s leading reinsurers, and Revolut, Europe’s fastest growing challenger bank. The three companies introduced a wide range of innovations into the Cyprus market, such as the ability to buy insurance by the day, instant claims settlement and the payback of daily micro-payments to consumers who have not had a claim.

In addition, Hellas Direct recently acquired Rescueline, the largest road-assistance company in Cyprus, as part of its long-term strategy to strengthen its foothold in ancillary services and to play a more active role in the broader mobility ecosystem across Greece and Cyprus.

“It is thrilling for us to be included in FT 1000 list for 2019. This year brings big changes and exciting growth prospects for us. We will soon announce a number of strategic initiatives in order to broaden our consumer proposition and offer a better product, at a better price, with better service to our clients”, said Emilios Markou, Executive Director of Hellas Direct.

“This is a fantastic result and a prestigious recognition for the hard work our team has put in over the past few months. We could not be prouder”, added Alexis Pantazis, Executive Director of Hellas Direct.

Hellas Direct is a digital-first, full-stack insurance company, empowered by cutting-edge technology and artificial intelligence. The Cyprus-based company is backed by a roster of leading investors, including Portag3, IFC (a member of the World Bank), Endeavor Catalyst, former Goldman Sachs economist Lord O’Neill and private equity veteran Jon Moulton. Modelling itself on Amazon, Hellas Direct aims to disrupt the insurance value chain by adopting an extreme focus on operational excellence.