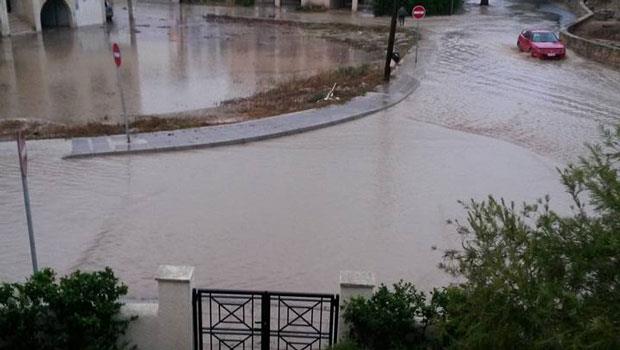 There was heavy rain in many parts of Cyprus overnight, particularly in Paphos, while the highest Troodos peaks have seen light snowfall.

Some weather-related problems were reported last night in Paphos and Limassol. In east Paphos there were temporary power cuts after electricity cables were cut. The fire service was also called in to deal with two flooded premises and to remove a tree that had been uprooted by the strong winds. The tin roof of a  livestock farm in Mandria was also carried away by the wind.

No problems were reported on the main roads on Wednesday morning though police are warning drivers to be careful because roads are slippery. There have also been mud and rock rock slides on the Zoopigis-Kalo Chorio and Kalo Chorio-Louvaras roads.

The unsettled weather will continue on Wednesday with more rain and isolated thunderstorms forecast. Sleet or snow is possible in the highest Troodos peaks. 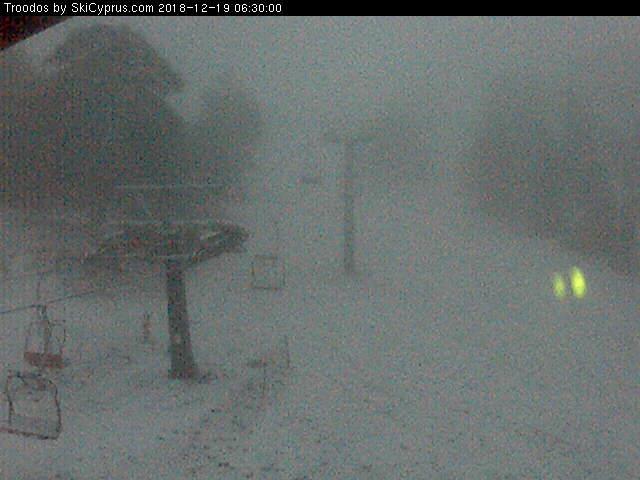 Photo by the Cyprus Ski Club