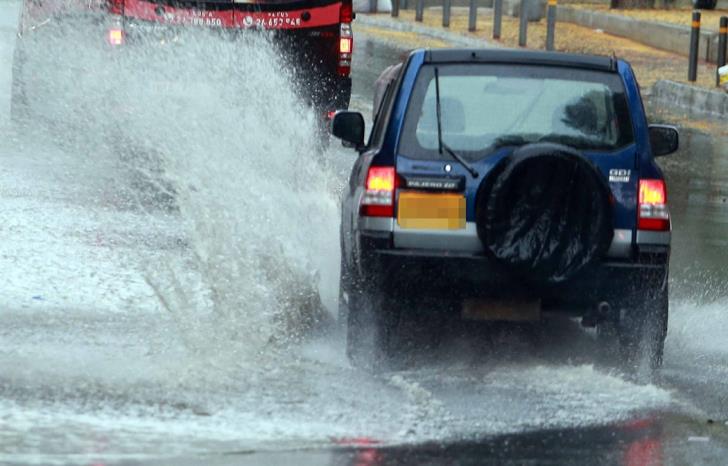 Heavy rain with lightning and thunder is pounding Larnaca and Famagusta districts from the morning, the Cyprus News Agency reports.

Police said that no serious problems have been reported in Larnaca although there has been an accumulation of water at the Mitropolis roundabout.

There has also been heavy rain in the Famagusta district from the morning, but without any problems so far.

Meanwhile, police have urged drivers to be particularly careful because of difficult weather conditions on the Nicosia-Larnaca highway. Drivers are urged to avoid unnecessary travel.

The Met Office of the Republic of Cyprus has issued a thunderstorm alert for Monday while the fire service is on alert following flooding in Nicosia yesterday.

And in a message on Twitter on Monday morning, the Met Office at Akrotiri said parts of Cyprus are off to a very wet start, while other parts are dry and sunny.

Thunderstorms rolling in from the sea are giving parts of #Cyprus a very wet start with some spectacular lightning, while other parts are dry and sunny! Expect a mix of sun and showers or thunderstorms throughout the day across the island, with gusty winds in showers. ^GP pic.twitter.com/fhur4ix6YL