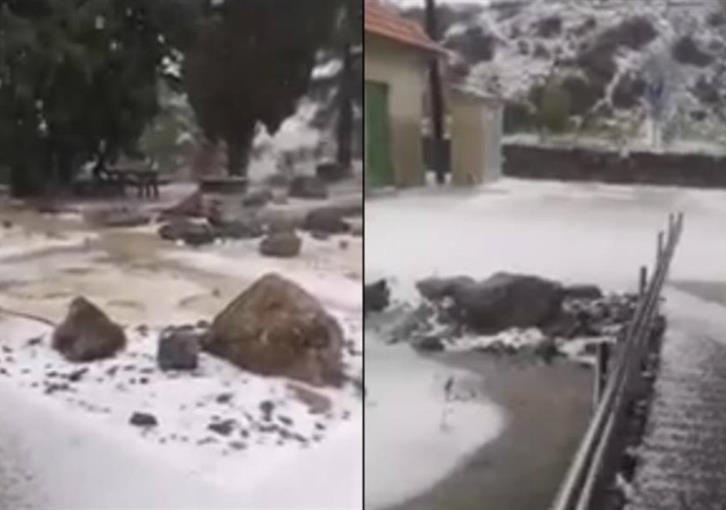 Troodos turned white, after a hail storm in the area on Saturday.

Police said in a statement that heavy rainfall and hailstorms occurring in the Troodos Mountains have caused flooding on a number of roads. 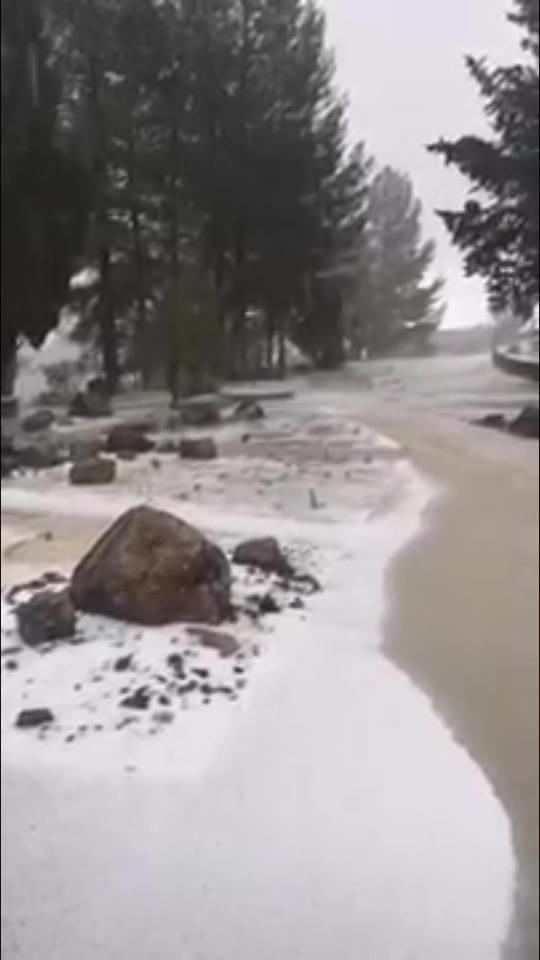 Visibility for drivers, on these roads is limited due to heavy rainfall and hail, police says.

Authorities advise drivers to be extra careful as many roads are slippery.