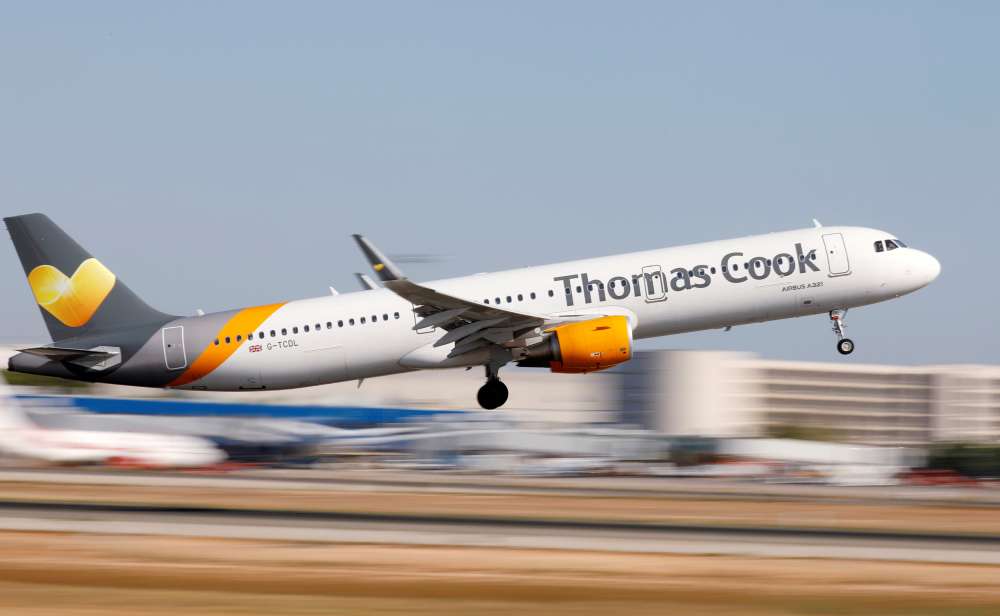 But Thomas Cook said its airline business was growing strongly, particularly in Germany where it had added capacity, as it continues to benefit from the demise of Air Berlin last year, a trend also seen by German airline Lufthansa which also reported results on Tuesday.

The company denied a report in a British newspaper that it was considering splitting off its airline and selling a stake to an outside investor to reduce debt.

“We have no current plans to sell our airline,” CEO Peter Fankhauser told reporters on a call, although he did not rule out a future move.

“We have consistently said that we are open to play our part in the consolidation when it makes sense for our business,” he said.

Thomas Cook makes all its profit in the summer when its customers in northern Europe, including Britain, Germany and Scandinavia go on holiday, mainly to warmer destinations in southern Europe, such as Spain, Turkey and Greece.

But a heatwave has affected the company’s ability to extract higher margins from late bookings.

“Because of the weather, we have now in the market more capacity to sell for the late business,” Fankhauser said.

Thomas Cook said that as a result, full-year underlying operating profit would now be at the lower end of market expectations, from a 323 million pound ($424.26 million) to a 355 million pound range. In its last financial year, the 12 months to Sept. 30 2017, it made 330 million pounds.

Shares in Thomas Cook gained 3.9 percent to 100.7 pence at 0843 GMT. That represented a slight reversal of the 21 percent fall in the company’s stock over the last three months due to worries about the warm weather, compared with the mid-cap index which has risen 3 percent in the period.

Thomas Cook’s bigger rival TUI Group is due to report its third-quarter results on Aug. 9.

Jefferies analysts, who rate Thomas Cook a “buy”, cut their forecasts for annual earnings per share by 10 percent, but said the story remained positive in the longer term.

“This year’s abnormal weather does not affect our longer-term investment thesis, which remains unchanged,” they said.