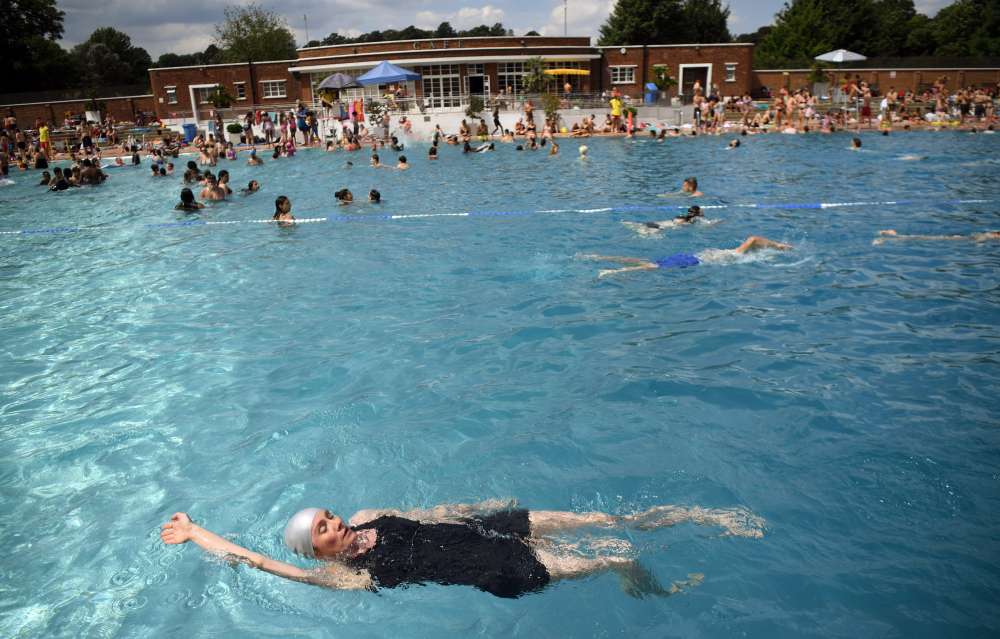 Premature deaths from heatwaves in Britain could more than treble to around 7,000 a year by mid-century if the government does not take action, a committee of lawmakers said on Thursday.

The warning is topical as Britain swelters in a heatwave, with temperatures of 32-34 degrees Celsius possible in southern and eastern England this week, according to the UK Met Office.

The lawmakers called on the government to develop a strategy to protect the health of the elderly in periods of extreme heat.

The Met Office predicts there is a risk that similarly intense heatwaves will occur every other year by the 2040s and the average number of heat-related deaths in Britain will more than triple to 7,000 a year by the 2050s, the cross-party Environmental Audit Committee said in a report.

The government is failing to address the danger of heatwaves, the committee warned.

“Heatwave warnings are welcomed as barbecue alerts but they threaten health, wellbeing and productivity,” said Mary Creagh, chair of the committee.

“The government must stop playing pass the parcel with local councils and the National Health Service (NHS) and develop a strategy to protect our ageing population from this increasing risk,” she added.

Heatwaves and more extreme weather are expected to become more frequent in the future due to the effects of climate change.

As well as public health, heatwaves have negative effects on infrastructure such as transport, digital systems and water supply.

In 2010, around five million staff days were lost due to overheating above 26 degrees C. Based on an average cost of 150 pounds ($197) a day, this resulted in an economic loss of 770 million pounds, the report said.

The committee urged the government to ensure the NHS issues heatwave guidance and is prepared for more frequent heatwaves.

Resilience to extreme heat in hospitals, buildings, transport and homes should be improved and stricter water efficiency standards introduced.

By In Cyprus
Previous articleFirefighters tackle blaze in London’s West Hampstead flat
Next articleGreece’s deadly fire: a “blowtorch” no one could stop