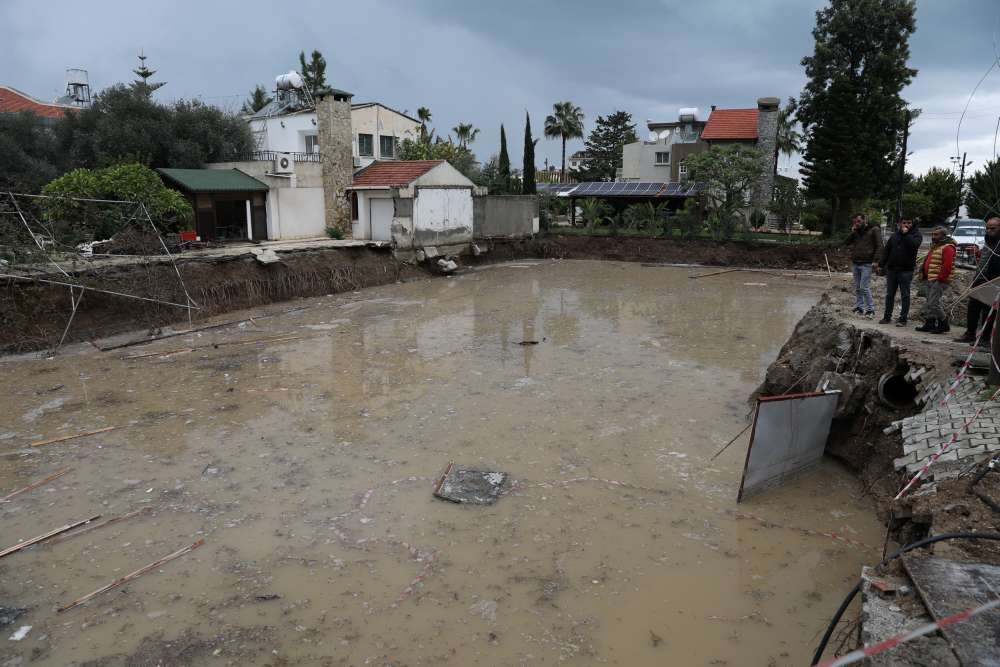 Health services in the occupied north issued a public health notice on Wednesday over the possible spread of contagious diseases in areas hit by recent floods.

The notice says there is a high possibility of the spread of contagious diseases due to contaminated water from the floods which may have infiltrated water and sewerage systems.

According to the announcement, water-borne micro-organisms can cause diarrhoea and respiratory infections. Also, liquid and solid waster in the water may cause skin infections.

Such microorganism can be transmitted through affected furniture or buildings.

The services urged the public to stay away from areas and homes affected by the floods and refrain from driving their vehicles on affected roads.

The public is also urged to stay away from exposed electric wires, and to take action to stop the spread of mice and snakes.

Children under no circumstances should be allowed to play in stagnant flood waters, the announcement says.

The public is asked to drink only bottled water or water that has previously been boiled at 100C. Residents in the affected areas should seek expert evaluation of the water quality in their homes, it concludes.

Last week, storms caused widespread damages and floods in the occupied north areas of Cyprus. Four people died as a result of the floods.

Also, according to Turkish Cypriot media, 57 persons had been offered shelter and 16 persons received aid. Moreover, 12 houses/buildings, 93 roads and walls, the furniture of 90 houses and 143 vehicles were damaged.