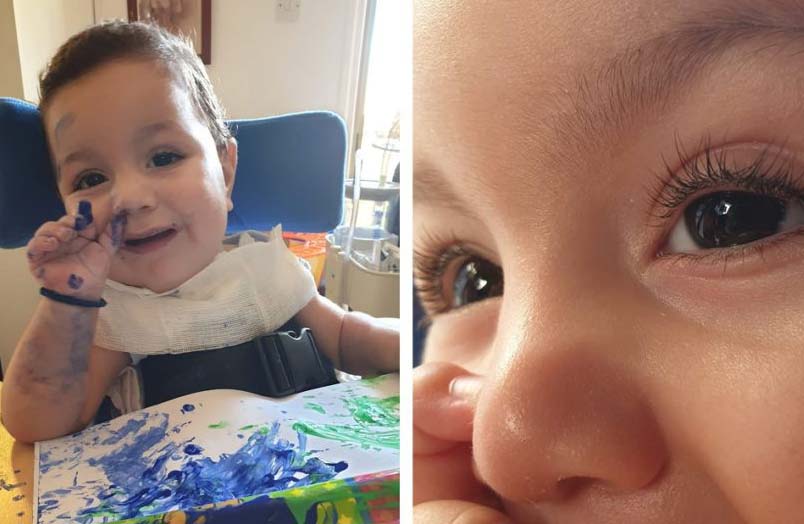 The Health Minister has instructed officials to review the case of a 22 month old infant suffering from a rare disease.

In a written statement on Tuesday, the ministry that it has never been asked to help finance the cost of the treatment of 22 month old Antonis, who is suffering from  Spinal Muscular Atrophy type 1, a rare degenerative disease.

The statement followed appeals for aid by the boy’s family on social media which has led to an outpouring of support from Cyprus and also from abroad.

The ministry clarified that no request had been submitted to cover the costs of the treatment.

It added that the minister has given instructions for the issue to be examined. It noted that the treatment has not been approved by the EU and is not available in EU member states.

The ministry also said that the little boy was the first patient which a special committee approved, as an exception, he be given the pharmaceutical Spiranza at the request of the committee doctor.

Antonis was diagnosed with Spinal Muscular Atrophy type 1 at five months. Now, 22-months, he needs help to raise money for an expensive revolutionary treatment in the US which will give him hope for a normal life.

The problem is that the treatment is offered to children up to the age of two, which gives Antonis very little time, and it costs almost 2 million euros.

After obtaining permission from the Interior Ministry, Antoni’s family and friends are trying to raise money for his treatment. Those who wish to help can donate to the following accounts:

What is Spinal Muscular Atrophy

Spinal muscular atrophy is a genetic disorder characterised by weakness and wasting (atrophy) in muscles used for movement (skeletal muscles). It is caused by a loss of specialised nerve cells, called motor neurons that control muscle movement. The weakness tends to be more severe in the muscles that are close to the centre of the body (proximal) compared to muscles away from the body’s centre (distal). The muscle weakness usually worsens with age. There are many types of spinal muscular atrophy that are caused by changes in the same genes. The types differ in age of onset and severity of muscle weakness.

Spinal muscular atrophy type 1 (also called Werdnig-Hoffmann disease) is the most common form of the condition. It is a severe form of the disorder with muscle weakness evident at birth or within the first few months of life. Most affected children cannot control their head movements or sit unassisted. Children with this type may have swallowing problems that can lead to difficulty feeding and poor growth. They can also have breathing problems due to weakness of respiratory muscles and an abnormally bell-shaped chest that prevents the lungs from fully expanding. Most children with spinal muscular atrophy type I do not survive past early childhood due to respiratory failure.

By In Cyprus
Previous articleTurkish police use water cannon, batons on Kurdish protesters
Next articleSaying goodbye to summer with these festivals all over Cyprus