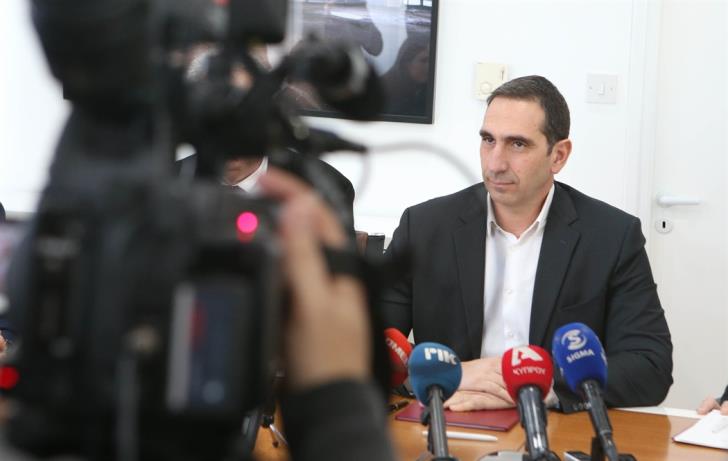 Health Minister Costas Ioannou has called a meeting for tomorrow to review the protocols in force to prevent and deal with a possible coronavirus incident in Cyprus, while the Cypriot embassy in Rome has urged all Cypriots in Italy or planning to travel there to follow the advice of local authorities and the Italian health ministry.

The announcement came as the European Union said it was as yet not considering suspending travel within the border-free Schengen area after an outbreak of coronavirus in Italy, but it was preparing contingency plans.

In a message on Twitter, Cyprus’ embassy in Italy advised all Cypriots living in Italy or planning to visit to follow the instructions of local authorities there and of Italy’s Health Ministry.

It added that travel to and from the following municipalities in northern Italy has been prohibited: Vo’ Euganeo, Codogno, Castiglione d’Adda, Casalpusterlengo,Fombio, Maleo,Somaglia, Bertonico,Terranova dei Passerini, Castelgerundo, San Fiorano.

Also on Monday, Health Minister Costas Ioannou said that the protocols being implemented in Cyprus based on the instructions of the World Health Organisation and the European Centre for Disease Control (ECDC) will be reviewed tomorrow.

Asked whether Cyprus planned to press ahead with new, increased measures in the light of the coronavirus deaths recorded in Italy, Ioannou said that Cyprus was adhering the advice of WHO and ECDC neither of which have issued any revised instructions as regards travellers from Italy, South Korea — which has even more incidents than Italy, or from Iran, which has also recorded deaths from the virus.

“It is not just Italy and it is not a question of how close the countries are but whether we have travellers from these countries,” he minister said.

The meeting tomorrow with the Epidemiological Surveillance Unit, will review the protocols to discuss whether additional measures should be taken.

He was also asked about a woman who tested negative for coronavirus after arriving at Larnaca airport on board a private airplane from Israel  late on Friday.

She has neverthless been placed in quarantine where she will remain for 14 days in line with instructions. The woman is considered high risk because she had come into contact with a confirmed case of coronavirus prior to coming to Cyprus.

The other three members of the crew were considered extremely low risk and have been asked to home quarantine. They are expected to leave Cyprus imminently.

The private airplane had come to Cyprus from Japan via Israel.

By In Cyprus
Previous articleMotorbike collides with bus in serious Limassol accident
Next articleWorkshop: Marketing toolkit for your Online Business