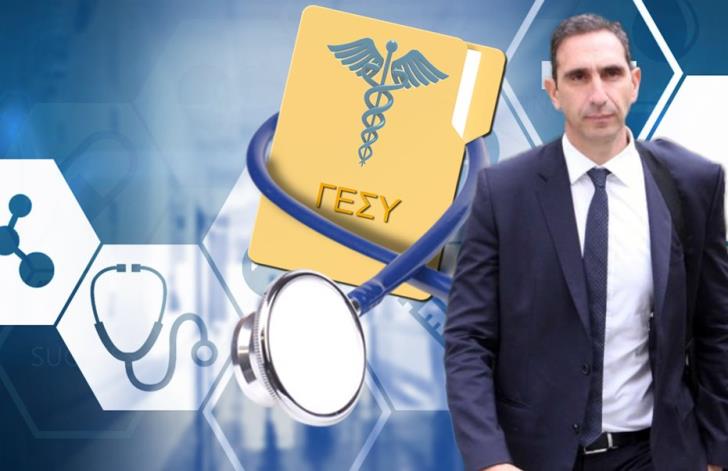 The General Health System (GeSY) which has been hailed as one of the biggest reforms ever in the Republic of Cyprus was introduced in May two years ago.

It is still early to fully assess the outcome of the deep reforms in the Health sector over the past two years, but there is no doubt GeSY meets, to a large extent, its basic goal which is to offer all beneficiaries equal and comprehensive access to quality health services.

Citizens have welcomed GeSY from day one despite the attacks against it which still go on. Those who had predicted GeSY’s collapse or kept warning of an imminent disaster have been proven wrong because the system was embraced by society and has been strengthened, consolidated and on a path of continuous evolution.

In this endless, one-way process, the force of society and of market laws play a significant role. The role of the state – if and when deemed necessary – will only be auxiliary and of a corrective character in a bid to further support the system which is an asset for all.

The Government proves on a daily basis that it practically supports the Health sector in which it invests the maximum. As an example, I would like to remind you that the Ministry of Health’s budget this is close to one billion euros constituting almost 10% of the state’s overall budget.

For two years now, the Republic’s citizens have the Personal Doctor of their choice, through whom they are referred to the Specialist Doctor also of their choice. The large number of Specialist Doctors who have signed contracts with the Health Insurance Organization (HIO) consolidates the right to choose, one that covers the vast majority of medical specialties and almost all medical needs.

The integration of a large number of private hospitals is also a milestone for the development of GeSY. And in combination with the large network of OKYpY public hospitals they enrich the options on offer for all beneficiaries.

Those who doubted to a small or large degree the importance of GeSY should just go back and consider what the health sector was like two years ago. With just a small contribution now and without the stress of financial costs which upset the family budget and cause uncertainty and insecurity all citizens, that is all beneficiaries, every family, have access to quality health services, medicines through the “neighborhood pharmacy” institution as well as diagnostic and laboratory tests.

I recognize that the numbers also indicate an abuse of the system, an anticipated distortion which was recorded in all countries where a new Health System had been introduced. The HIO took various actions and the problem has been alleviated to a great extent but, admittedly, it is still there. However, I would like to remind that abuses were recorded before the implementation of GeSY as well, when citizens were over-charged and over-indebted and with the state suffering serious losses from undeclared income, wasted money and several other ‘pathogens’.

The second anniversary of the implementation of GeSY finds our country trying to step out of the coronavirus health crisis. It would be an omission not to underline the decisive contribution of GeSY in the effective management of the pandemic. I am sure things would have been a lot more difficult without the GeSY database in our hands after the obligatory registration of all medical procedures and the Personal Physician valuable institution.

By defining procedures and protocols, it became easier to deal with suspected and/or positive covid-19 cases while electronic prescriptions to chronic patients who did not have to physically visit a medica centre were solid actions that decongested the Health System and minimized the risk of the pandemic’s spread. Equally important is the contribution of Personal Physicians who now vaccinate beneficiaries.

Two years later, we are confident enough over the path taken, the future of GeSY appears to be optimistic and we feel proud that despite the difficulties and, under extremely unfavorable conditions, we have implemented the decision for the Health sector’s big reform. We still have to add other specialties and services, as well as take corrective actions where necessary towards the contribution of upgrading the health services.

GeSY is an inspirational project for Cyprus, one to be inherited by our children and future generations.