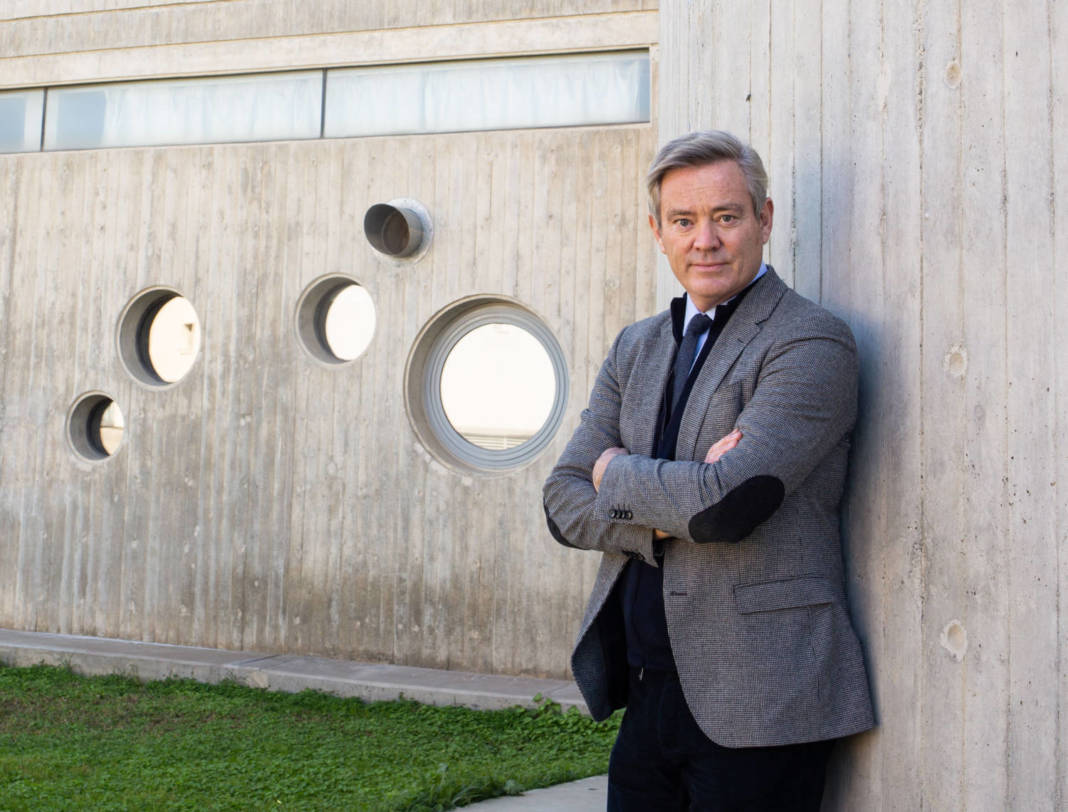 The English School has always been an innovator with a reputation as a leader in education but the coronavirus pandemic has proved it is also visionary, according to Headmaster David Lambon.

“Going back to the first lockdown we were ready to go online from day one,” the Ireland-born head of the Nicosia-based private school tells in-cyprus.com in an exclusive interview. “We could see the pandemic spreading, everyone knew it was only a matter of time and we planned for it. I wouldn’t say we got everything one hundred percent correct, however, we were visionary enough though to prepare properly and continue high quality education,” he added.

He believes the staff got enough experience on what works online and what doesn’t work quite so well with the school’s over 1100 students.

But he is also aware the situation that started as a form of a novelty last year has become a bit more difficult because no one is sure when it will end.

“On-line learning for educators is difficult, but it is even more difficult for students, it has reached saturation point,” he said.

“Not because of the lack of variety offered by anyone but more to do with the deeper aspect of social contact and isolation and missing their friends and missing the routine of school,” he added. 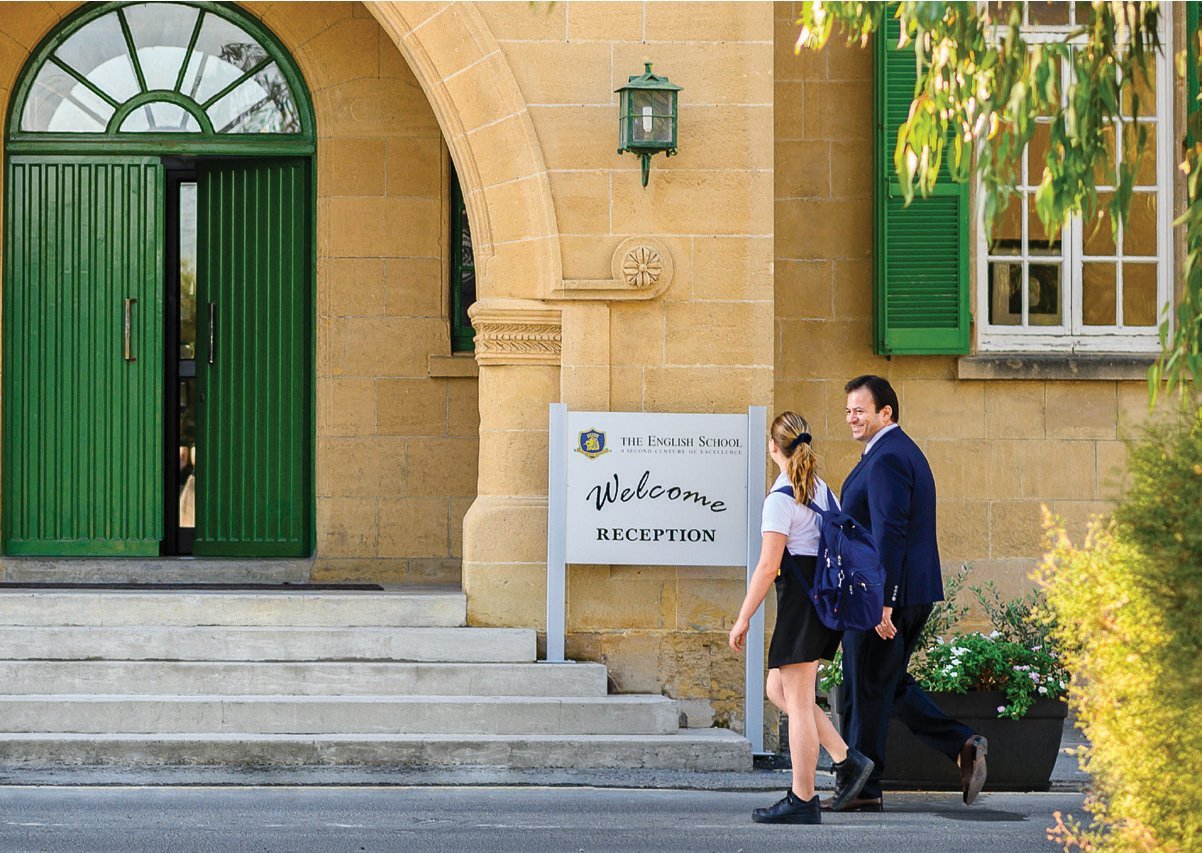 For Lambon, who has worked at selective schools and colleges in the UK, Ireland and Germany, school means friends and memories built on collaborative experiences.

Only year seven students are back to school now but the hope is that by the beginning of March, all students will return.

“We will appreciate that end of this period of online learning when it comes,” he said.

However, what the smooth-talking Mathematics graduate who also holds an MBA in School Leadership and Management does not appreciate are suggestions that English School standards are falling.

“There is always a gap between perception and reality and it’s good to get the opportunity to put the record straight because the reality is very different from what some people suggested a number of years ago,” he said.

“You can see that from the impressive university destinations of our students, in terms of the number of students that go to highly competitive universities in the UK and the US,” he added. 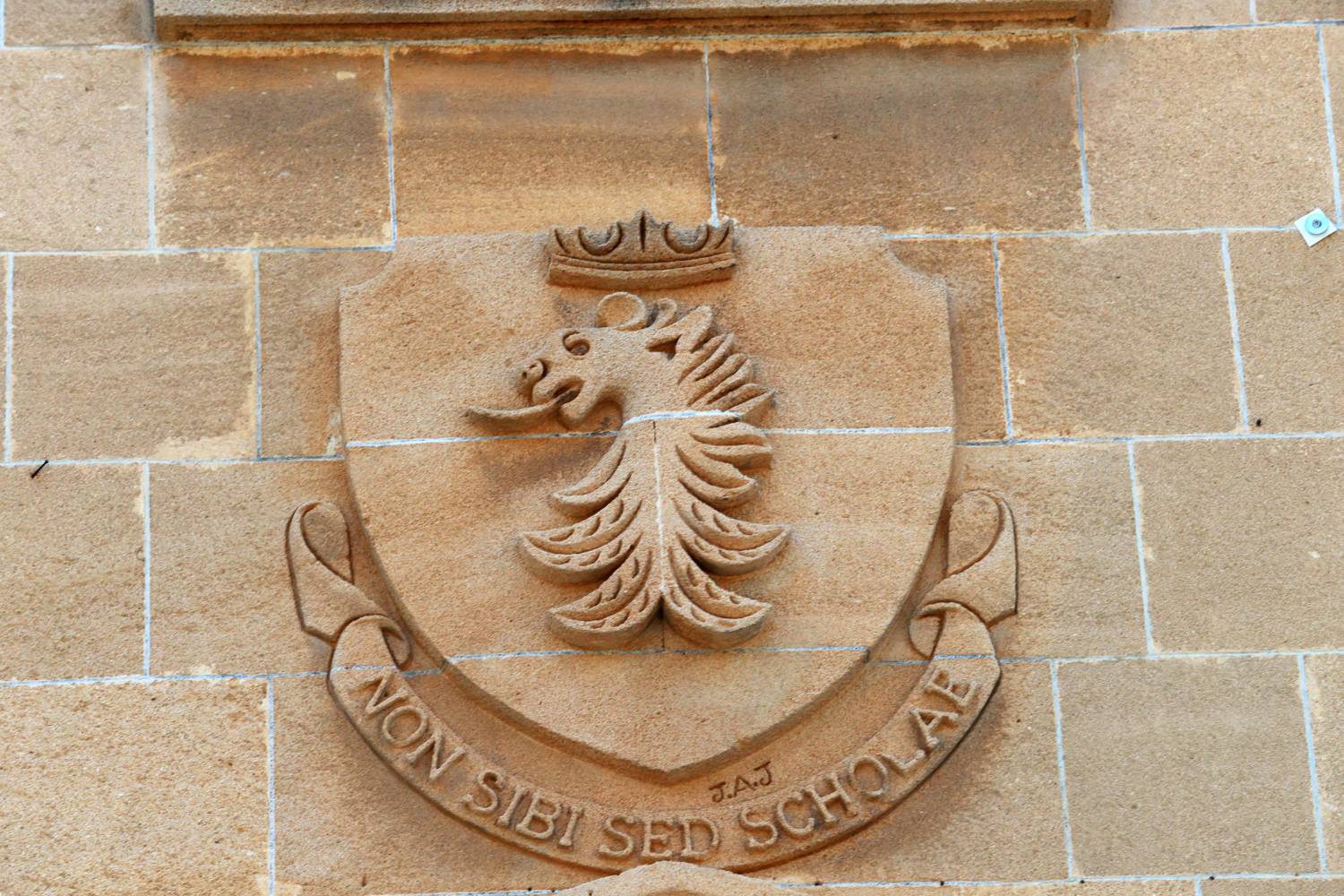 Lambon then referred to an international private school audit inspection which demonstrated the standards and progress of the English School.

In 2019, the inspection, which is divided into two main areas – the level of education and that of personal development of students – said the school was ‘outstanding’.

“And this is pretty amazing, we have reached the point where the school has the staff, the facilities and the vision to really move forward and probably what we’ve got to do is come together as a team to do that,” he said.

“Easier said than done, yes, because changing and developing a school is like navigating an oil tanker-slow and steady progress,” he added. As for criticism over the issue of private school fees as some perceive the English School to be an expensive school, Lambon said that the Board of Management worked very hard to limit fees and to make the school as accessible as possible.

He also countered that, on a comparative scale, the fees – €7,700 annually – are very reasonable given the opportunities that are afforded to the students and the quality of the facilities. “That is something that the present board has put a lot of time and effort and imagination towards improving- the quality of resources for students and staff,” he said.

“We are exceptionally fortunate; we have everything in place…I have worked at schools which are renowned for the quality of their campus facilities. At the English school, we now have facilities which are second to none and the school is recognised as one of leading schools in Europe” he added.

He believes that is very important because it creates a sense of belonging, a sense of community and a sense of ethos that money can’t buy and a new institution cannot create. 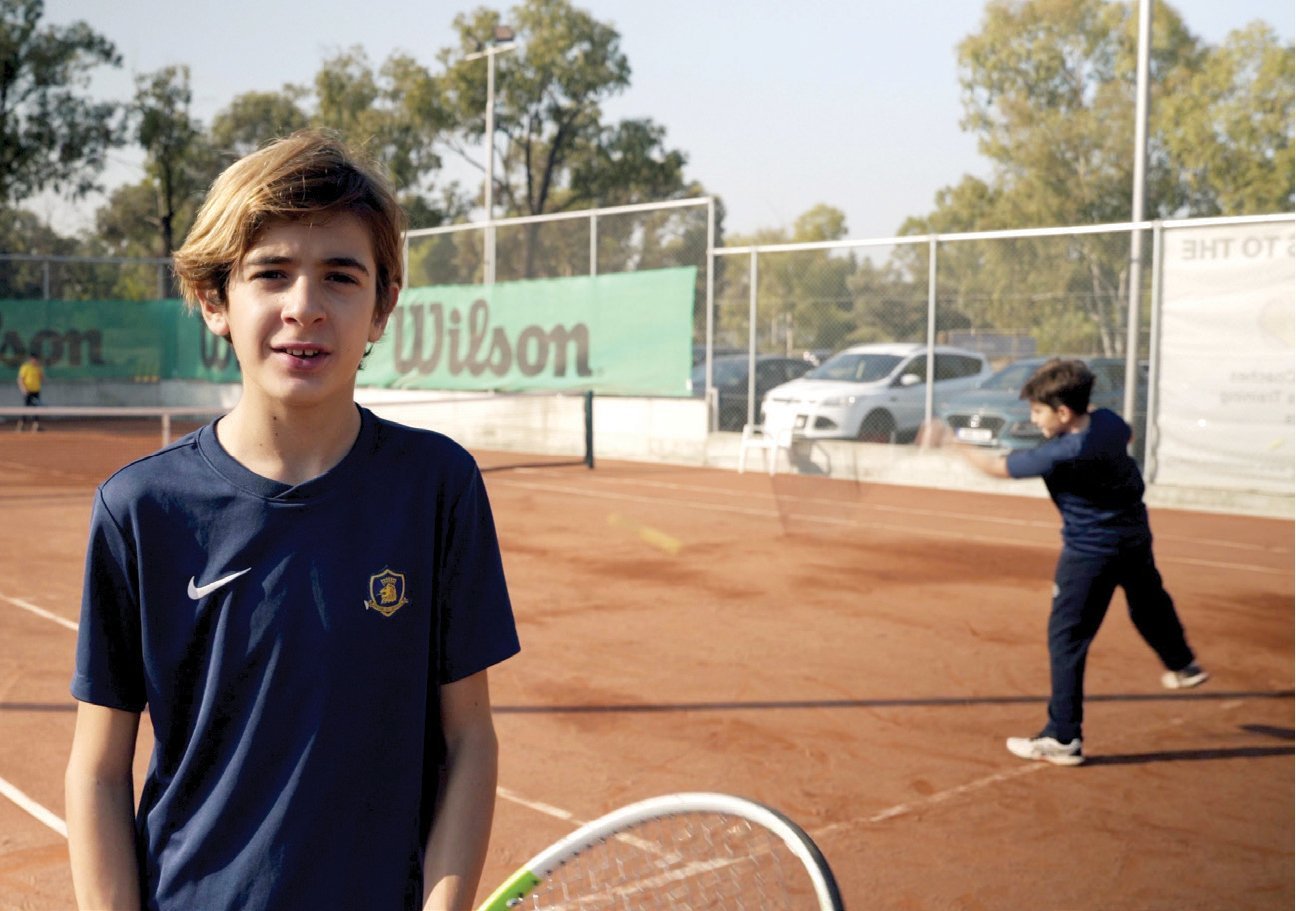 But he is also sending the message that behind that facade of a 1930s building they are actually a very modern school, a very modern organisation.

“We have a very detailed staff development programme, very clear quality indicators, key performance indicators, everything is clearly documented to ensure progress, that’s a good thing – in the sense of let’s develop students and ourselves,” said Lambon.

The English School has recently put together an Education Ministry-approved Apolytirion for all students and the reason for that is to facilitate their entry to European universities.

“That’s the main reason. We had one before which was adequate for students, but we have now put together a very good Apolytirion for English school students to get at graduation which will be endorsed by the Ministry of Education,” said David Lambon.

Afterall, Brexit means that English School students whose main university destination was the UK will now need possibly to consider other countries – and not only because of the higher fees. 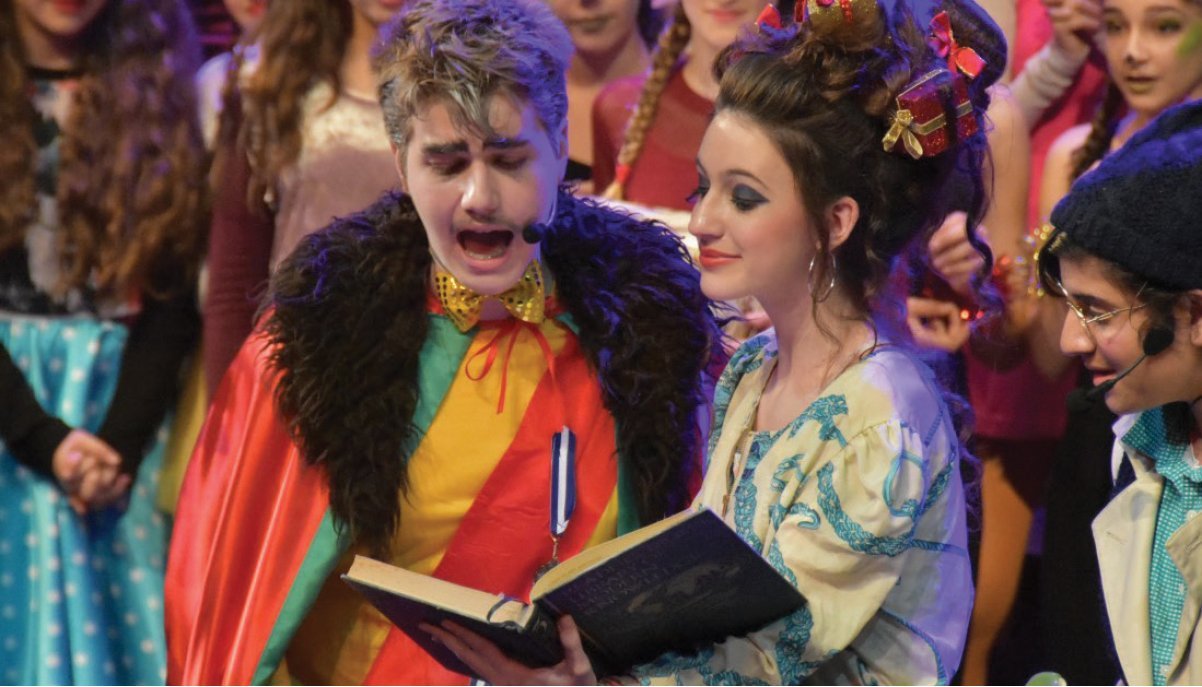 “Apart from fees, the main post-Brexit problem is limitation to access because the students are no longer viewed as home students, they are viewed as international or EU students,” he said.

So, students now will have to be a lot more open-minded in their thinking and should start looking at alternatives – like Ireland, Germany and France. In addition, when one compares the international fees for a UK university then the US are becoming more affordable and scholarship opportunities are also there.

The English School provides three scholarships annually based on the outcome of the entrance exams and that’s something the Headmaster said they want to develop.

As for the 10 percent of the Turkish Cypriot school population, Lambon said that he understood that some of the initial problems were resolved by the dedicated efforts of staff, parents and students.

The current situation regarding integration is good, however, the school keeps a careful eye on community cohesion. 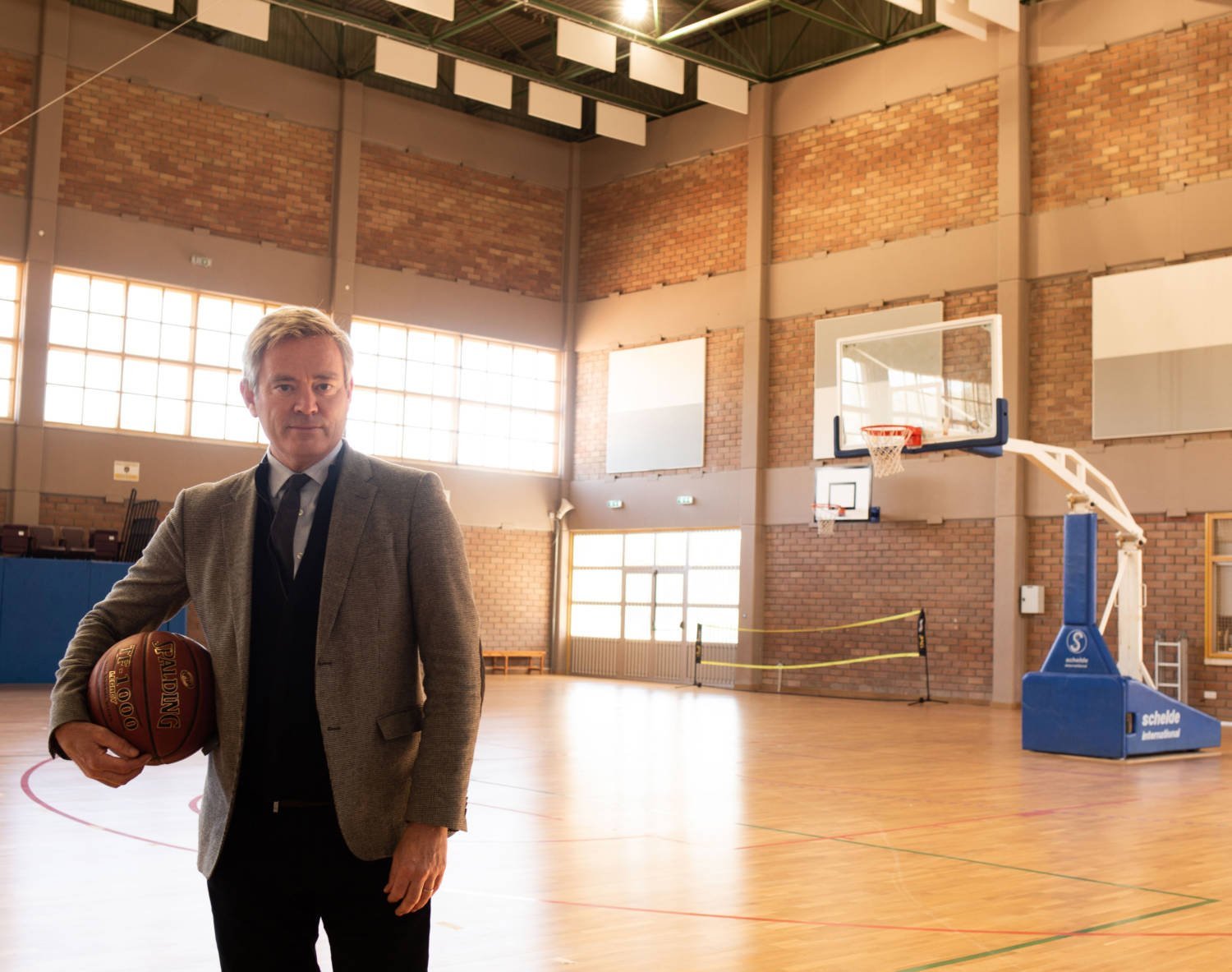 For Lambon, the continuous development applies to staff appraisal and the quality of teaching as well as to the school’s facilities.

“We are working very much on the extra curricula sidre because it has always been the strength of the school and we wanted to further improve it and we also wanted to develop all aspects of sport,” he said.

“Now that we have all the facilities, we want to improve the uptake and involvement of students in high-level sport,” he added.

Here are the university statistics for English School students:

By Annie Charalambous
Previous articleCypriots fed up with rising corruption, insufficient measures to combat it-poll
Next articlePolice issue 214 fines in 24 hours for breach of covid measures