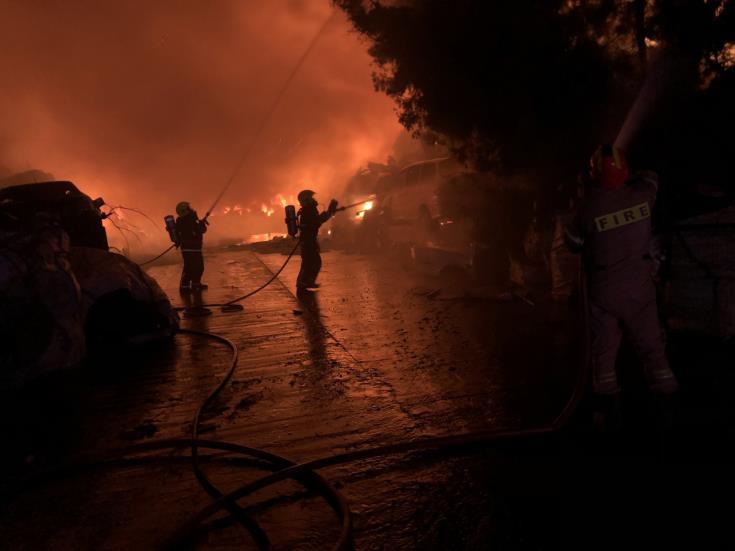 There is not need to worry as regards people`s health following the huge fire that broke out Thursday at a recycling unit in Yeri, Nicosia district, Head of Air Quality Department at the Ministry of Labour, Chrysanthos Savvides told the Cyprus News Agency on Friday.

Big clouds of smoke surrounded many areas around the unit and the Spokesperson of the Civil Defence urged the people yesterday to remain indoors and keep their windows shut.

Savvides said today that the huge cloud of smoke moved in an upper stratus and more specifically 100-200 meters above the ground. He said that is is almost impossible to have caused issues in people`s health.

Savvides said that there is concern in case someone was very close to the area the time the fire broke out and before the cloud moved to upper levels. He also said that the incident did not happen in a residential area and he expressed his belief that the residents should not worry.

By gavriella
Previous articleKids Activities with Wizards on the coming weekend at the Mall of Engomi
Next articleΝational Council to convene 1/9, negotiating team 31/8