Hardalias: Western Greece in state of special civil protection mobilisation due to ‘Ianos’ 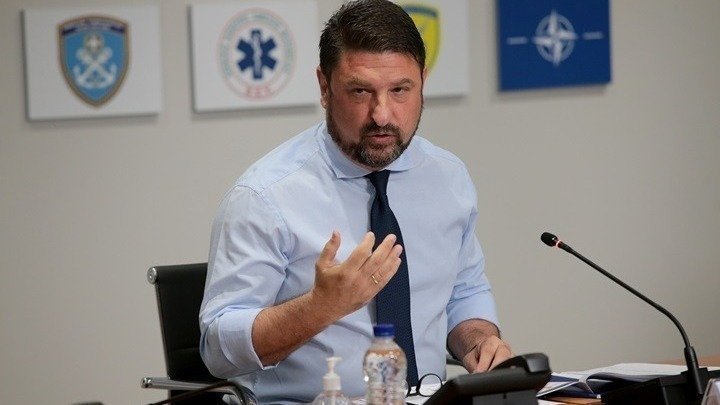 The regions of Ilia, Achaia, Arcadia, Etoloakarnania, Messinia, Cephalonia, Ithaca and Zakynthos were declared in a state of “special civil protection mobilisation” due to the arrival of the weather front Ianos, Civil Protection and Crises Management Deputy Minister Nikos Hardalias said at a meeting held on Thursday at the Civil Protection operations centre. An idea of the conditions that will prevail in the region of Attica and Corinth will be available by the evening, namely where the second wave of Ianos will go, he added.

The state of “special civil protection mobilisation” is provided under the new law in cases of serious danger.

Hardalias said that the whole mechanism is on alert and that the situation will likely be difficult, given that it will involve a phenomenon with exceptional characteristics.

Ferry routes to Ionian islands suspended due to hurricane

All ferries on the Kefallonia-Kyllini and Ithaca-Sami-Patras routes will remain docked on Thursday due to the gale-force winds blowing in the area.

A new announcement will be made regarding Friday.